An “unharnessed force of light and energy,” the up-and-coming West Michigan singer-songwriter oozes soul, blues and rock with spine-tingling passion. She plays Feedback 2013 on Sunday at Founders. 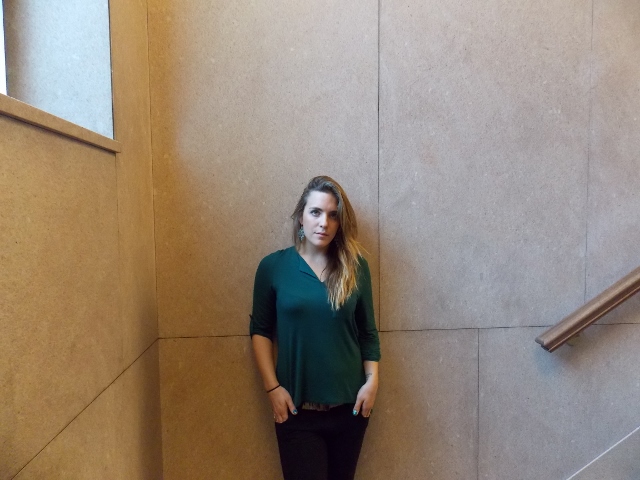 She insists she was “born to sing to the world … to shake things up, twist ’em around and turn ’em upside down” with a voice that robustly channels all the music coursing through her veins. 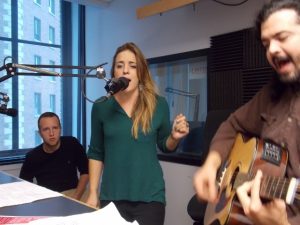 “It comes from my soul, that’s really the best way to put it,” the Grand Rapids singer-songwriter says. “I’ve been singing since I could speak. It’s like this energy force that comes from way deep down that I can’t really ignore … just an unharnessed force of light and energy, and just happiness and joy. I can’t really see myself doing anything else besides singing for the rest of my life.”

Neither do those who have ever heard her belt it out.

A throwback to the days of masterful song interpreters such as Janis Joplin and Nina Simone, Graves often elicits thunder-struck reactions from audiences marveling at the bolder-and-more-mature-than-her-years vocal inflections, a soulful sort of power that seethes and soars whether she’s covering a blues-rock classic or delivering one of her own gems with her band, The GravesTones.

During Wednesday’s Local Spins Live on News Talk 1340 AM (WJRW), Graves – with help from guitarist/keyboard player Jim Prange and drummer Devin Walenga – uncorked an electrifying acoustic rendition of Larry Campbell’s “When I Go Away” in-studio. Listen to the entire podcast of the show here and check out a video of the performance below. (Graves’ performance caused quite a stir at the station among on-air personalities and callers wanting to know more about the singer.)

The 2008 graduate of Rockford High School credits her parents for supplying the necessary musical nutrition when growing up – James Taylor, Norah Jones, Crosby, Stills and Nash, Eric Clapton – though her “own curiosity” led her to later feast on Joplin and other rock ‘n’ roll greats.

As she puts it, she’s still finding inspiration in “really passionate, soulful music” by artists living and dead, material which she blends with her originals during live performances.

Graves has been working long and hard on her debut album, which she hopes to release sometime within the next six months despite running into delays due to finances and “getting musicians in the studio” to complete the recording. 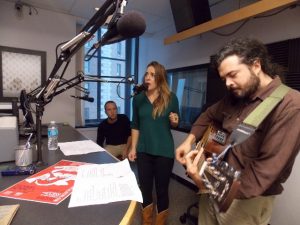 “I have two or three albums’ worth of material ready to go,” insists Graves, who plays “a little piano and guitar” to help her lay the foundation for her music and lyrics.

Describing herself as the one-time “black sheep” of her high school choir, Graves remains staunchly individualistic in her approach to music, which encompasses blues, rock, folk, funk, bluegrass, country and hip-hop.

“If I had to pinpoint it with one word, I’d say soul,” Graves suggests. “I believe it’s important to challenge yourself as a musician, to explore every different category of music because I have a passion and a love for each one in its own way. I believe it’s very important to constantly be switching it up and constantly be challenging yourself and yet remaining true to yourself. … I’ve always had my own personality. I’ve just always been Hannah Rose. Deep down I was always me and I knew that.”

The singer will demonstrate that soulful fire in dramatic fashion on Sunday at Founders Brewing Co. as part of Feedback 2013, a benefit for Access of West Michigan, which supports Kent County food pantries for needy families and anti-poverty programs.

Hannah Rose & The GravesTones, Molly B. & Friends and The Honeytones (with special guests, including Jack Leaver and Susan Beerens) will perform during the show sponsored in part by Local Spins. The event begins at 4 p.m. In addition to playing their own full sets in the recently refurbished Founders taproom, Graves and Molly Bouswsma-Schultz will join The Honeytones for several songs, including the debut of a tune written especially for the occasion. Admission is a $5 donation at the door; a 50-50 raffle will also be conducted to help raise dollars for the cause.

Graves also will perform on Saturday afternoon during the Frack-Free Family Fun Day at Townsend Park in Cannonsburg with Seth Bernard and May Erlewine and Big Dudee Roo. The event, hosted by the Michigan Land Air Water Defense organization opposed to hydraulic fracking in extracting natural gas, runs noon-4 p.m. Admission is a suggested $10 donation for adults, with children admitted free.

For more about Graves, visit her official website at hannahrosegraves.com. 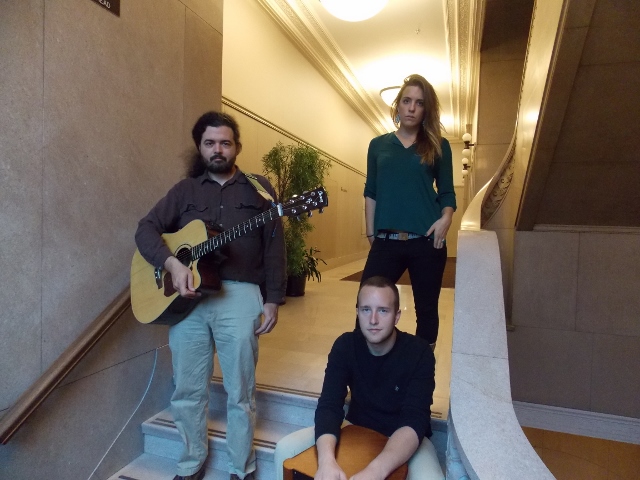