Hard to believe, but there may be more duplicity and rancor today than there was during the 2016 presidential campaign. But we’ve got some new songs on the Local Spins playlist to make you smile at the polls. 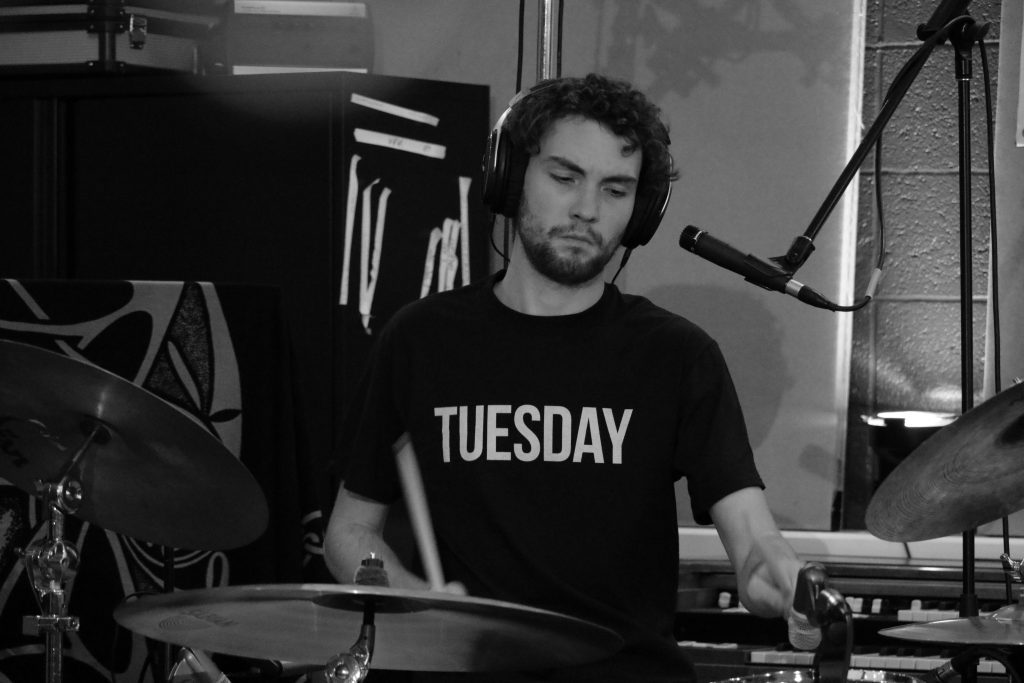 ‘Tuesday’ Means Election Day: And The Accidentals have a new song to top the Local Spins playlist. (Photo/Anna Sink)

EDITOR’S NOTE: With today’s voting in the midterm elections under way, Local Spins has compiled a new playlist that not only takes a swipe at politicians and all those the agonizing campaign ads, but to lift your spirits, too. And there’s a brand new local video from The Accidentals to get it all started. Scroll down to listen to the songs on Spotify.

1. “Heavy Flag,” The Accidentals — This brand new single from Traverse City favorites The Accidentals was aimed at encouraging people to vote and to get involved, taking up the weighty “responsibility to take care of our resources and to take care each other.” That’s a message worth shouting from the rooftops. Plus, this video for the song was created by Brennan Heldt at Grand Rapids’ River City Studios as part of a recent HopCat presents Local Live at River City Studios session. Terrific stuff all around. (Even Billboard magazine wrote about the new single this week.)

2. “What’s Going On,” Marvin Gaye – Sadly, not a lot has improved since Marvin Gaye first delivered these melancholy, beautiful lines. Few singers have ever said it better and most folks really want to know “What’s Going On” these days. Anyone have a clue?

3. “Elected,” Alice Cooper — As obvious as this 1972 classic might be for this playlist, it really is perfect. Plus, more than a few Americans would probably like to see Alice elected over most candidates and the song still rocks. (Not only that, but Alice Cooper just wrapped up his tour in Grand Rapids.)

4. “Lie to Me,” Jonny Lang – No explanation necessary. One of Jonny Lang’s earliest — and most memorable — tunes delivers a message that most Americans feel they’re getting from too many of their candidates.

5. “Madman Across the Water,” Elton John — For years, the rumor was that this song was actually about President Richard Nixon’s final days in the White House. True or not, it doesn’t change the fact that this is a brilliant tune and raises some interesting/troubling possibilities.

6. “Pigs (Three Different Ones),” Pink Floyd — I’m not sure Roger Waters and Pink Floyd have written a more biting, brutal assessment of politicians and those in power … not to mention that the song kicks butt.

7. “Electioneering,” Radiohead — This song from 1997’s epic “OK Computer” says it all so well: “I will stop at nothing, say the right things, when electioneering … when I go forwards, you go backwards.” Indeed.

8. “Ball of Confusion (That’s What the World is Today),” The Temptations — Released in 1971, some of the issues tackled in this phenomenal tune by these soul icons feel a tad dated, others are right on the money. And one thing hasn’t changed: “Round and round and around we go, where the world’s headed nobody knows.”

9. “For What It’s Worth,” Buffalo Springfield — Hard to believe it’s been more than 50 years since this song was released … and very little seems different, unfortunately.

10. “Come Together,” The Beatles — We started on a positive note, and we’ll end on one. Not only was this song actually inspired by an election campaign (Timothy Leary running for governor) but it ultimately sports a hopeful message. It’s long past time that we really do “Come Together.”