In our series focused on concert venues, Local Spins asked Pyramid Scheme co-owner Tami VandenBerg for a playlist of her favorite performers at the club. She came up with a diverse set of robust acts.

‘Incredible Memories’: The Pyramid Scheme has created plenty of those over the past nine years. (Photos/Local Spins)

EDITOR’S NOTE: For its Tuesday playlists, Local Spins recently has focused on Top 10 lists of songs from representatives of concert venues across West Michigan which have been silenced by COVID. Today, Tami VandenBerg, co-owner of The Pyramid Scheme in Grand Rapids steps up with a soundtrack of faves who’ve played the venue over the years. VandenBerg is an entrepreneur and community activist, and co-founder of The Pyramid Scheme and The Meanwhile. She also co-founded Bizarre Bazaar in Eastown, LadyfestGR and the West Michigan Cannabis Guild. She has worked many years on ending homelessness, drug policy reform and criminal justice reform, and legalizing marijuana. She lives in Eastown in Grand Rapids.

Friends: As many of you know, The Pyramid Scheme has now been shut down due to the public health crisis since mid-March.

I miss the live music so, so much. I know many of you do too. 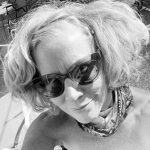 We celebrated our ninth anniversary in April, but all events had to be canceled. We don’t know when we’ll be able to open, but we can’t wait to see you all again in the venue. If you’d like to support our business, you can purchase shirts, merchandise and gift certificates on our etsy page. We also have pinball machines for rent which you can see here.

I’m extremely grateful to have had the opportunity to own and operate The Pyramid Scheme. We’re grateful to all of our staff, customers, promoters, musicians and supporters of every kind. (The Pyramid Scheme is also a member of the National Independent Venue Association, working to gain federal support and funding for concert venues.)

This playlist includes music and musicians from some of my favorite nights at The Pyramid Scheme over the last nine years. It has been wonderful to put together. It brought back so many incredible memories. Enjoy! (Scroll down to listen to the playlist on Spotify.)

1. Dead Prez, “Hip Hop” (2000) – Dead Prez became one of my favorite artists to come through The Pyramid Scheme. They performed at T-Rex Fest and at my 40th birthday party. They are incredible artists, activists and human beings.

2. Cabildo, “Sin Fronteras” (2018) – Grand Rapids’ Cabildo has been one of my favorite local bands for many years. I have danced to their music countless times over the years. They also played my campaign launch when I ran for City Commission which was a super special night. “Sin Fronteras,” or ’no borders’, seems extremely relevant right now…

3. Invincible, “Sledgehammer” (2008) – We first booked Invincible at LadyfestGR. She is a Detroit artist of Palestinian decent and involved in all kinds of great activism in Detroit. She was an inspiration to meet and host.

4. Future Islands, “Balance” (2011) – Future Islands played twice at The Pyramid Scheme – first to about 20 people, then to a sold-out crowd after their performance on David Letterman. They were such great guys, with unique dance moves, and it was such a joy to see them find such great success.

5. Garfunkel & Oates, “I Don’t Know Who You Are” (2012) – Laughfest brought in Garfunkel & Oates one year and I was crying laughing. I ended up staying for both shows and my abs hurt afterwards. This is satire, so don’t take it seriously. It was extra funny for everyone at the venue as it is so dark and loud and so many folks come through. It is challenging to remember everyone, so this really made us laugh. (Please note I do not actually feel this way. No angry messages please, just satire).

6. The Coup, “The Guillotine” (2012) – One of my favorite bands ever. They stayed at my house and played several shows at The Pyramid Scheme. Boots Riley is a brilliant activist and filmmaker. He was describing the ’Sorry to Bother You’ script to me on my porch. It was a real pleasure when we played it at Wealthy Theatre as part of the Meanwhile Film Series.

7. Callab/Lady Ace Boogie, “Citizen” (2020) – I love all of the Grand Rapids people and places in this track. And I am a huge fan of Lady Ace Boogie who went from performing in the LadyFestGR talent show to selling out The Pyramid Scheme. Also, we needed something positive real bad when this dropped.

8. Rebirth Brass Band, “Do Watcha Wanna” (2008) – New Orleans is a very special place for me. I’ve been visiting regularly since the ’90s. Hosting Rebirth Brass Band at The Pyramid Scheme was a dream. They always put on an incredible show.

9. Killer Mike, “Reagan” (2012) – Having come of age during the ’80s, I remember the Reagan years well. Killer Mike is a brilliant artist, entrepreneur and activist. It was an honor to host him. He’s only grown in his impact and commitment to a better world since we had the pleasure of meeting him.

10. Pinback, “Prog” (2001) – Pinback has probably put on my favorite show at The Pyramid Scheme, taking place just prior to the venue shutting down in March. They also played T-Rex Fest. “Prog” is such a beautiful song that I listen to regularly. I’m so grateful to have experienced them this year before everything went crazy.