As Christmas approaches, the folks at Grand Rapids’ Van Andel Arena assembled this holiday-hued soundtrack featuring some of the top artists who’ve played the venue or are slated to play it in 2021. 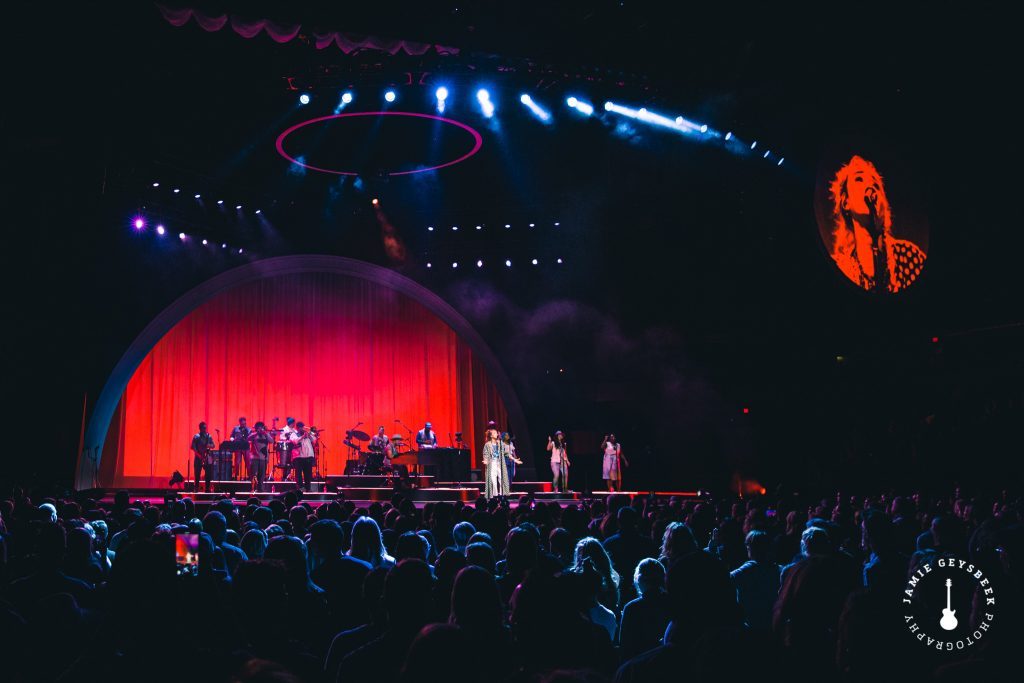 Van Andel Concert Memories: Lauren Daigle played the last show at the arena in March before things shut down. Her Christmas song appears on this week’s playlist. (Photo/Jamie Geysbeek)

Perhaps nothing represents the calamitous impact of COVID-19 on West Michigan’s music scene in 2020 more dramatically than a darkened Van Andel Arena in Grand Rapids.

With touring halted across the globe, the 12,000-seat arena has mostly been silent since a March 12 concert starring Lauren Daigle and Johnnyswim, with mammoth tours by the likes of Justin Bieber, Elton John, Dave Matthews Band, Journey, Reba McEntire and more postponed for a year or more.

In spite of that, the arena’s ASM Global marketing team was “feeling the holiday cheer” and got into the Yuletide spirit with Christmas just around the corner. Marketing manager Alison Goodyke said they assembled a holiday-hued playlist “of some of our favorite holiday songs by artists who have or are scheduled to play the arena.”

As for those arena concerts: “Many of the concerts that were scheduled for 2020 have been rescheduled for 2021 and 2022. We continue to work with promoters to monitor the status of the live events industry. ASM Global has developed a comprehensive reactivation guide called VenueShield, in partnership with an international team of environmental hygiene and health care experts, that includes detailed protocols ensuring our facilities are secure and clean at the highest standards for the health and safety of staff, partners, talent and guests.

“We are preparing for the reopening of Van Andel Arena in accordance with VenueShield protocols and in alignment with current guidelines and approvals from local officials.”

1. Michael Buble, “White Christmas” (2003) – Michael Buble has played the arena twice in the past and we are excited to welcome him back in the new year.

2. Bob Seger, “Sock it to Me Santa” (2005) – Michigan-born Bob Seger has rocked the arena a total of nine times throughout the years including two performances during his final 2018-2019 tour.

3. Dolly Parton & Kenny Rogers, “With Bells On” (1984) – Dolly Parton performed at Van Andel Arena in August of 2016 and Kenny has performed twice here, including a Christmas tour in 2000.

5. Lauren Daigle, “O Holy Night” (2016) – The arena hosted Lauren in March of 2020, the last concert before the pandemic closed things down.

7. Gwen Stefani & Blake Shelton, “You Make it Feel Like Christmas” (2017) – These lovebirds have both performed at Van Andel Arena. Blake brought his country tour to the arena in 2018 and Gwen performed with her band No Doubt in 1997.

8. Taylor Swift, “Christmas Tree Farm” (2019) – Taylor Swift opened for Tim McGraw in 2007 before headlining her own tour at the arena in 2008. Taylor has performed on the arena stage a total of five times.