Asking viewers to support the National Independent Venue Association in its plea for help amid the pandemic, Michigan’s favorite bluegrass son and his band performed Monday for “Jimmy Kimmel Live.” 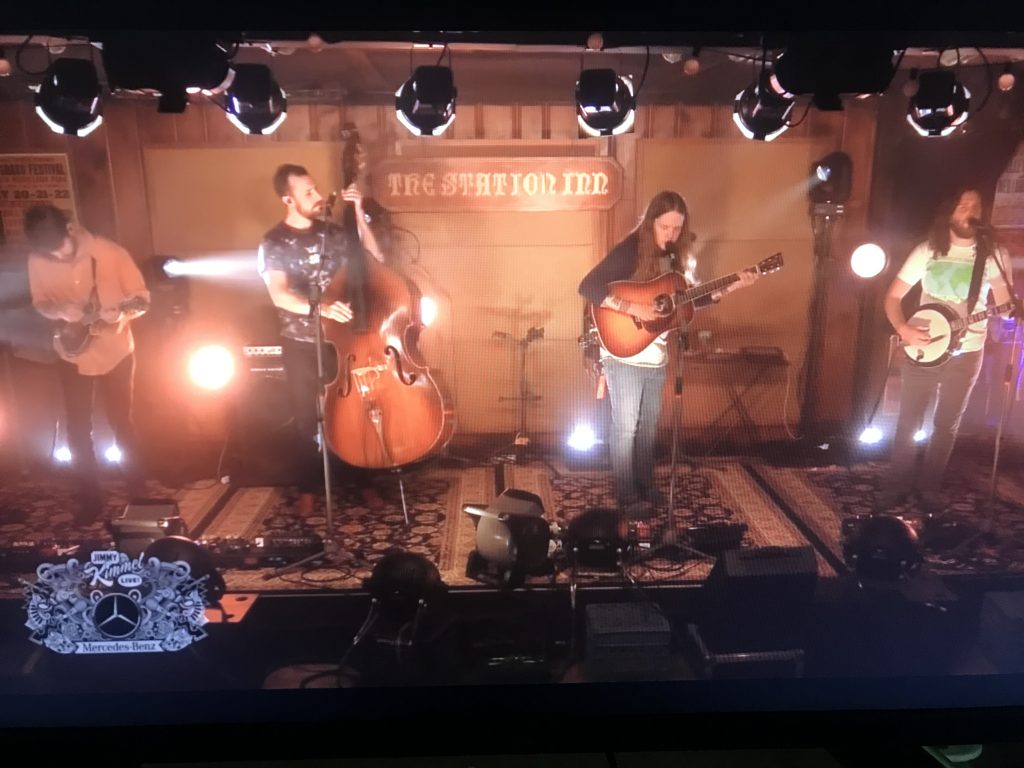 SCROLL DOWN FOR VIDEOS AND LOCAL SPINS PLAYLIST

Leave it to Michigan native and fast-rising bluegrass powerhouse Billy Strings to make the most of his national network TV debut.

Originally scheduled to appear on ABC’s “Jimmy Kimmel Live” prior to the COVID-19 shutdown in late March, Billy Strings and his band finally hit the airwaves “virtually” on the late-night show Monday, performing the song “Taking Water” from the stage at Nashville’s The Station Inn amid psychedelic lighting.

More significantly, the Ionia-bred bluegrass guitarist used his high-profile appearance to raise awareness of the National Independent Venue Association and urge fans to visit SaveOurStages.com to lobby legislators to assist and preserve independent live music venues across the country. 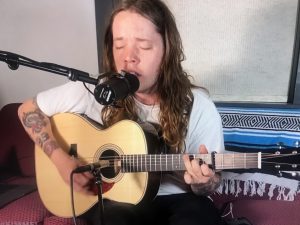 From “Home”: Billy Strings as part of the “Watch It Fall” video.

The show also aired a video version of the band performing “Watch It Fall” remotely from their own residences. Both songs are tracks on Billy Strings’ latest album, “Home.” Scroll down to watch both videos.

Guest host Joel McHale introduced the award-winning guitarist as “the incredible Billy Strings,” while acknowledging efforts to save independent music venues which have been hard hit by the coronavirus shutdown, with many not expected to survive without government assistance.

Billy Strings, aka William Apostol, has long urged support for the #SaveOurStages movement and independent venues, including Grand Rapids’ The Intersection where he’s performed frequently to sold-out audiences — most recently on New Year’s Eve.

Billy and his band certainly didn’t disappoint with their polished TV performances. They likely impressed those in the national TV audience who might be unfamiliar with the bluegrass star recently nominated as the 2020 Entertainer of the Year by the International Bluegrass Music Association following sold-out tours behind his most recent studio album.