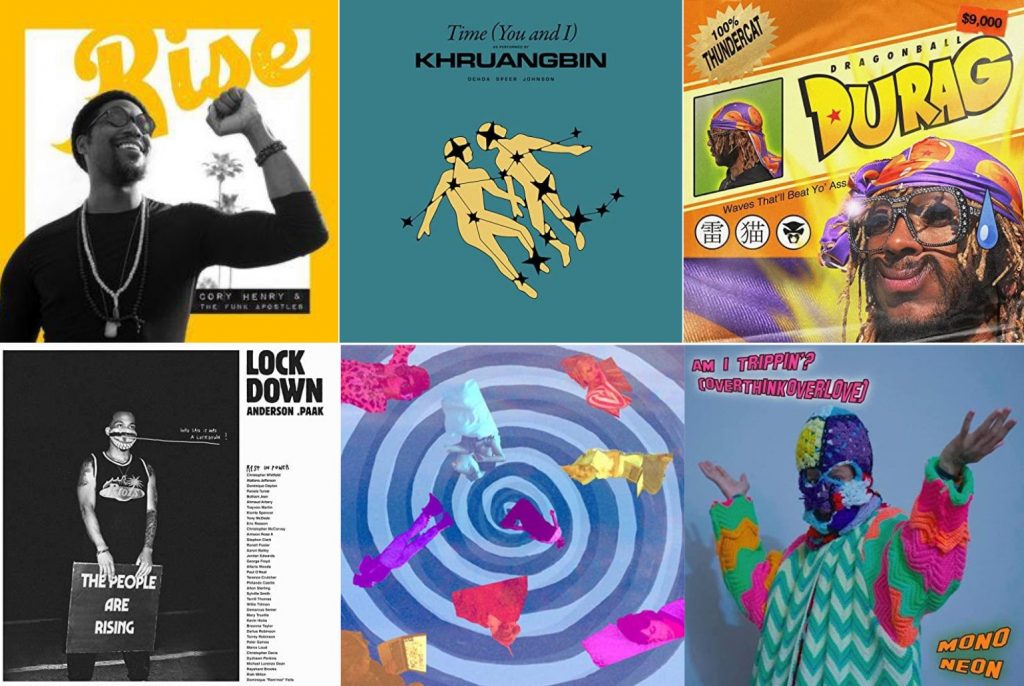 ‘Feel-Good Grooves’ With a Message: Some of Dutcher Snedeker’s playlist selections.

Dutcher Snedeker is a keyboard player who wears many hats. 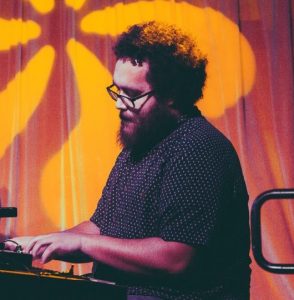 So he was an ideal candidate for Local Spins’ weekly playlists created by recent winners of WYCE Jammie Awards. (In February, Earth Radio not only won the Jammie for best jazz album and critic’s choice award for best album of the year for “Mother’s Breath,” but was Local Spins’ Emerging Artist of the Year award winner in 2019.)

According to Snedeker: “This playlist is built around songs that are recent within 2020, showing the breadth of emotions, viewpoints and creative expressions cultivated or released during this tumultuous time.

It’s a combination of reflecting on current events but really doubling down on feel-good grooves, from serious to silly, to get us all moving for summer. While some directly reference current events, these newer songs will stick with me personally because of the context in which I listened to them.

Note: This playlist contains explicit lyrical material, so I’m making sure to give a parental advisory warning up front for those who may want to play this in a family environment.”

1. “Lockdown,” Anderson .Paak (2020) – It seemed like only recently we were all confined to our houses, watching the events of the world take place. Things reached a boiling point over the deaths of innocent black lives like George Floyd, Breonna Taylor and Rayshard Brooks, with protests across the world and the capturing of both peaceful and violent moments of humanity. Anderson .Paak took time to reflect and distill his thoughts and feelings into a West Coast vibe called “Lockdown,” complete with its own music video.

2. “Hot Mess,” Genevieve Artadi (2020) – Many folks know her as part of the collaborative duo Knower with multi-instrumentalist/producer Louis Cole, but Genevieve Artadi is now also signed to Brainfeeder, a label owned by electronic artist and producer Flying Lotus. This is the second release from her upcoming album, “Dizzy Strange Summer,” and it captures a feeling I perceive as feeling overwhelmed by the world while also being in love. The combining emotions, paired with her great vocal and arranging talents, really create a unique vibe that I keep coming back to in my weekly listening.

3. “Rise,” Cory Henry & The Funk Apostles (2020) – Ever since hearing his playing in Snarky Puppy and his transition to running his own group, I’ve been keeping up with every single The Funk Apostles have put out. This track highlights that people are rising up, getting educated and figuring out how to move forward with our momentum as a society. It’s funk bass/drums from Sharay Reed and TaRon Lockett, soulful vocals from Cory, Denise Stoudmore and Tiffany Stevenson, and some killer synths from Nicholas Semrad and guitars from Adam Agati. It all fits together in a gospel/future funk groove that pounds into your spirit.

4. “Bittersweet,” Lianne La Havas (2020) – This is another artist who I’ve been waiting to hear new music from for years. She has such a unique soulfulness to her voice and writes such concise, warm and emotionally charged tunes. This track focuses on the ups and downs of a relationship, the bittersweet feeling of a relationship coming to an end. It matched some of the feelings I observed from people who had breakups during quarantine, and from the get-go the groove in this tune hits you deep in your chest.

5. “Light Turn Green,” MXXWLL ft. John Givez, Rae Khalil, CARRTOONS (2020) – This tune was brought to my attention through a post from Ben Carr (CARRTOONS), who played bass with these artists, and it’s a groove that immediately gets my head bobbing and my listening at attention. The tune riffs on different scenarios when stopped at a traffic light, from observing the community to feeling nervous about a police officer pulling up behind their car. It’s part silly, part serious, all a small reflection of what we’re all going through. MXXWLL did a great job with the groove on this tune.

6. “Time (You and I),” Khruangbin (2020) – This band is centered around grooves, whether it’s Afrobeat-infused or mimicking a soul or dub backbeat. Right away, they lock into a feel that is so infectious, with a vocal hook to sprinkle throughout that gives you the bare bones to dance and sing along to while listening. This band continues to impress me with how their minimalistic approach to music-making allows their writing and playing subtleties to shine through. It’s a tune about spending time together, so listen with a friend.

7. “Dragonball Durag,” Thundercat (2020) – Equal parts virtuosic and hilarious, Thundercat continues to be one of my favorite artists. His ability to channel humor within a patchwork of insane musicianship allows him to somehow exist in the pop/hip hop sphere while standing out among his peers. This tune is a goofy number about trying to impress different women with his durag styled after the popular anime Dragonball. It’s a funky groove that compliments a funky story, I encourage you to continue on to his full-length record.

8. “Am I Trippin’? (Overthinkoverlove),” MonoNeon (2020) – Following up one hyper-creative bassist with another, gospel/funk/fusion artist MonoNeon puts out tunes that are directly reflective of his life and influences. He is a staple member of Ghost Note, one of the last folks to collaborate with Prince, and has been a distinct voice in the world of bass with his unconventional approach to an already unique playing style with his upside down, lefty approach. The funk is layered thick, with a blend of bass, guitar, drum and synth sounds that flow underneath lyrics wondering if he’s overthinking his interactions with different people. It’s the perfect blend of funk and personality trying to figure out the world around it.

9. “Let Me Say,” Brother Gabe (2019) – I recently found out about Gabriel Green, aka Brother Gabe, through our mutual friend, Rufus Ferguson, when I was asked to do a review of his new album, “Kairos.” The blend of gospel, neo-soul, R&B, jazz and funk paired with catchy hooks and distinct arrangements between each track made the EP a great listening experience. Check it out on my blog if you’re curious about the full album.

10. “Happy,” Sons of The James, Rob Milton, DJ Harrison (2020) – This song was a recent release, but it was crafted as a collaboration between Sons of The James, Rob Milton, and DJ Harrison (who I recognized as the keyboardist and producer from Butcher Brown). It’s got a J Dilla style backbeat, so much sloppy soul, and warm chords that soak your senses. It instantly puts you in a good mood, it’s a groove that snaps you to attention as your head unconsciously starts bobbing.

HONORABLE MENTIONS: “Dovetail,” J3PO (2020) – I got a chance to see J3PO live at NAMM 2020, and he was so great to watch. His skills behind performing and generating interesting synth textures made it clear why he’s in talented, up-and-coming groups like The Lesson GK and with veteran artists like Marcus Miller. The spacey grooves in this track are wonderful on their own, but there are so many sonic nuggets for me as a keyboard player that really take it up a notch.

“#King Butch,” Butcher Brown (2020) – I mentioned Butcher Brown above in my DJ Harrison tune, but this track has been on many daily playlists over the past few weeks. It starts with a classic hip-hop and features verses by Marcus Tenney, who in addition to playing saxophones and trumpet with the band can emcee! It’s a great headnod tune that’s cool to bump in your speakers.

“All I Need (with Mahalia & Ty Dolla $ign),” Jacob Collier (2020) – Jacob Collier, ever the madman music wizard, is now three tracks into his third volume of his four-part album project, “Djesse,” and this tune is by far one of his more accessible and digestible. I’m including the three different video versions he crafted over quarantine, which include two semi-live performances for at-home performances on Jimmy Kimmel’s late night show and another music video.