With new songs, a new name and a new attitude, the duo formerly known as Less is More returns to Michigan for a series of FINKEL homecoming shows, including stops in Kalamazoo and Grand Rapids. 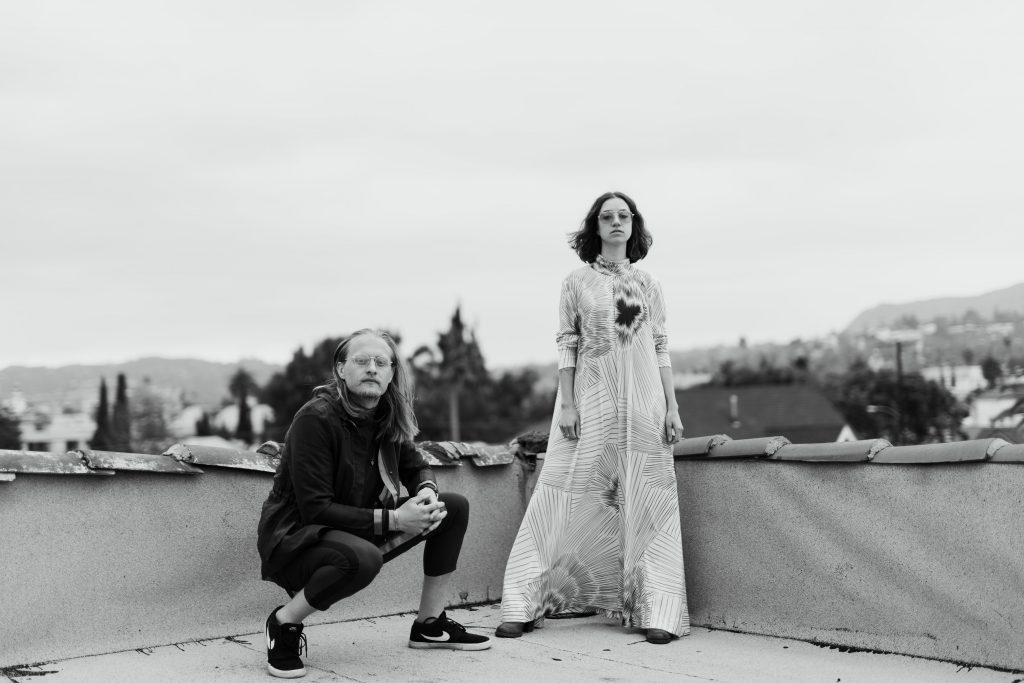 THE ARTIST: FINKEL
THE MUSIC: Los Angeles-based, Michigan-bred electro-pop
WHERE YOU CAN SEE THEM: 8:30 p.m. Friday at Bell’s Eccentric Café in Kalamazoo with Basic Comfort and Sona Ova; 8 p.m. Saturday at PJ’s Lager House in Detroit with The Turbos and Britney Stone; 4 p.m. Sunday at Creston Brewery in Grand Rapids with The Hacky Turtles

Relocated, rebranded and redefined, Los Angeles’ Jane and Brian Spencer have ditched the Less is More moniker and returned to their native Michigan amidst a three-week Midwest tour as the fast-evolving, avant-garde, electro-pop duo FINKEL. 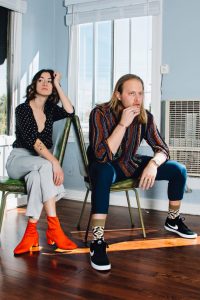 The Spencers, who recorded a half-dozen tracks at Bill Skibbe’s Key Club in Benton Harbor last fall before heading west, are slowly rolling out their new tunes as singles and busy planning for a 2019 album release. In the meantime, they are keeping busy writing new material and immersing themselves in the L.A. scene. Local Spins caught up with them via phone as the duo traveled through Ohio last week.

“We see so many different kinds of musical acts and ways to approach music and approach the industry as a whole, including on the business end,” Jane said, in regard to their new home base.

“I think taking a step away from where we grew up and the comforts of home has really given us the opportunity to grow in ways that we didn’t anticipate. We are constantly being inundated with different inspirations and are also reminded that we have to love what we do in order for anybody else to love what we do.”

The duo has released a pair of official music videos in recent months (check them out below), for songs “w/o” and “need,” the latter of which features former Less is More bandmate M. SORD on drums. As far as performing live, they have hit a few Los Angeles stages, but as Brian says, FINKEL is taking time “to figure out how they want to perform out as a duo” before putting themselves out there too much.

“We have a lot of creative space we feel that we are yet to explore on the performance and production side, but we know the best way we are going to learn is by making mistakes live in front of people and trying the baby bird approach where you just jump out of the nest and try to start flying,” he said.

“The beautiful part of being a duo is you get to play all the instruments while also singing. It’s a lot of fun, but there is also a real magic that can really come out of just being a performer and a singer and being free of the instrumentation. Our plan is continuing to collaborate, and we’d like to bring in live drums again, some background vocalists, and maybe another DJ to manipulate our sound the way Janie has been doing.” 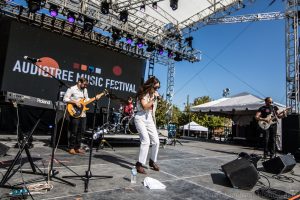 Brian says he and his wife have been “meeting lots of inspiring, creative people” as well as exploring their childhood interests in music to a much greater degree.

“My interest in hip hop really has come to the forefront in my writing for the album,” he said. “I’ve been focusing heavily on taking tips and tricks and really paying attention to a lot of hip hop artists in L.A. A lot of them are really bringing jazz into their compositions and even classical and avant-garde stuff.

Perhaps the best thing that’s happened to them in the city is that they’ve quickly found a community and network, similar to what they had in the Midwest.

“We kind of skipped over the ‘We are so lonely, we have no friends out here’ part of it,” Jane said. “It’s really taught us that there are great people and inspiring people and supportive people everywhere.”

“The really great thing is that it’s a spot where lots of creatives go to try to make a living and do something that is sustainable,” Brian added. “There’s a real hustle out there that is tangible, that is provocative, that’s a lot of fun to be around and be a part of.”

For now, the band is having fun trekking back through the Midwest. Their three-week tour, which has taken them through Iowa, Illinois, Wisconsin and Ohio as well as made stops in Ann Arbor, Lansing and Albion, concludes this weekend with shows in Kalamazoo, Detroit and Grand Rapids.

While performing mostly as a duo along the way, M. SORD will be sitting in at a couple of shows, including Friday’s tour stop in Kalamazoo, and there may be some other special guests joining them as well.