Monday proved to be an enchanting evening for devoted fans of two established, much-beloved artists whose tours made stops in Grand Rapids. The recaps and photos at Local Spins. 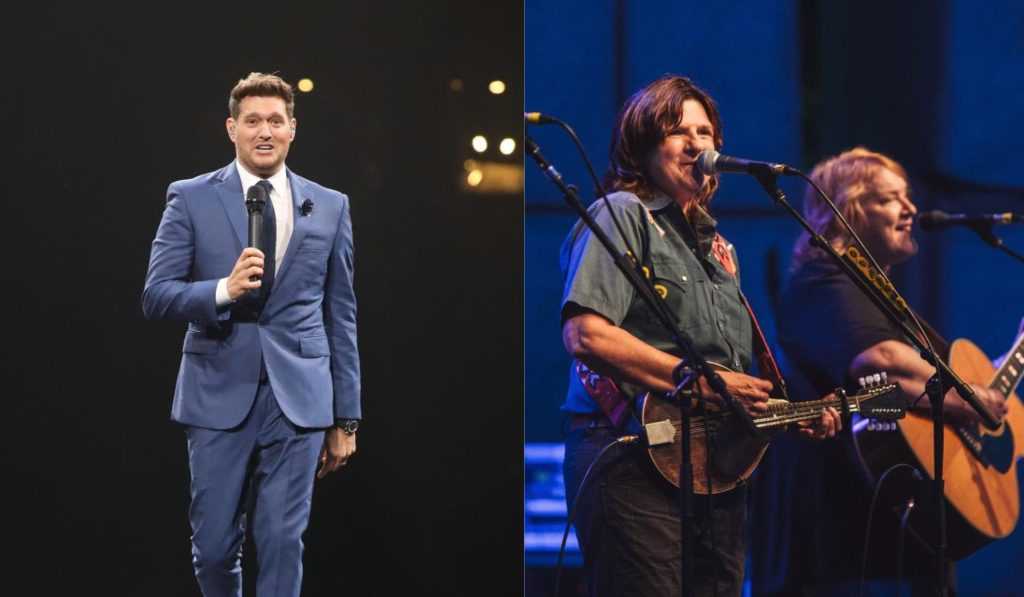 It was a night for fans to express pent-up enthusiasm for two much-beloved stars whose original Grand Rapids concert dates were scrapped due to COVID-19 concerns.

At Meijer Gardens, Indigo Girls kicked off the final week of summer concerts with a feel-good show — a concert rescheduled from Sept. 2 after a touring team member tested positive for COVID-19.

The audience of 1,600 stood up as soon as the duo entered, eager to get things started. 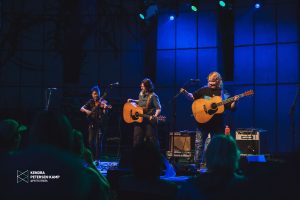 ‘Good to Be Back’: Indigo Girls on stage Monday. (Photo/Kendra Petersen-Kamp)

“It’s good to be back in Grand Rapids,” Emily Saliers said, and Amy Ray acknowledged the same.

Between the old songs and the new, harmonies that filled the amphitheater, and guest violinist Lyris Hung bringing in a country-soul feel, the show was a perfect way to send off the summer of 2021.

The duo also took requests from the crowd during the show, including classics such as “Power of Two” and “Run.”

The audience laughed along as the pair told stories of their dysfunctional travels while on tour, and sang and danced to all of the favorites, almost screaming the lyric “on that rough road through the woods of Michigan” from the song “Howl At The Moon” from the 2020 album, “Look Long.”

Nashville singer-songwriter Becky Warren, who opened the show, rejoined the stage for multiple songs including “Shame On You” and “Country Radio.”

Wrapping up the night, showgoers went wild for the 1992 hit “Galileo,” clapping and singing an entire verse on their own. It made for a genuine, soulful and personal performance for a crowd who didn’t seem to mind rescheduling for an evening like this. – By Liv Conaty 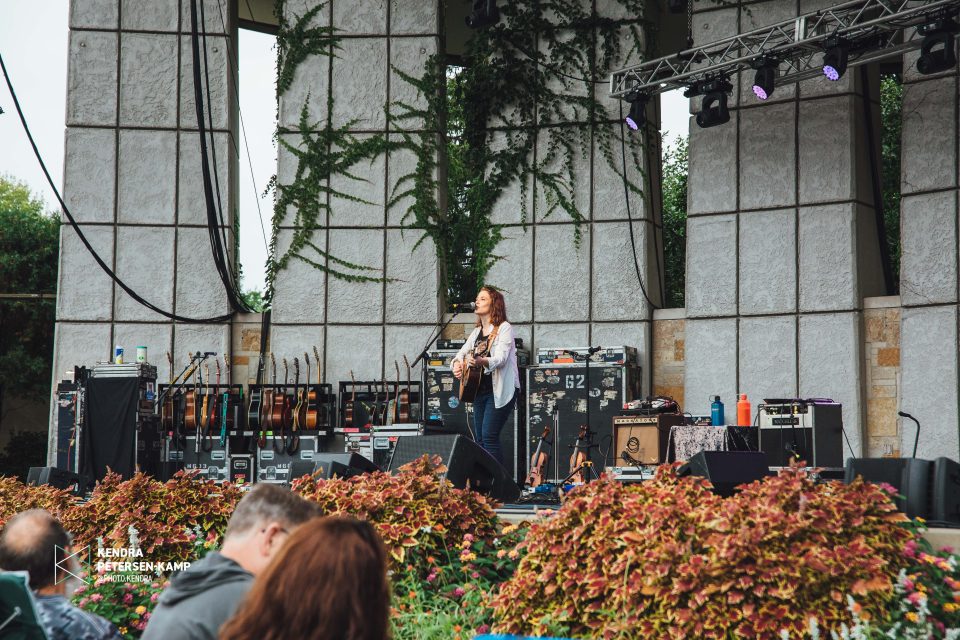 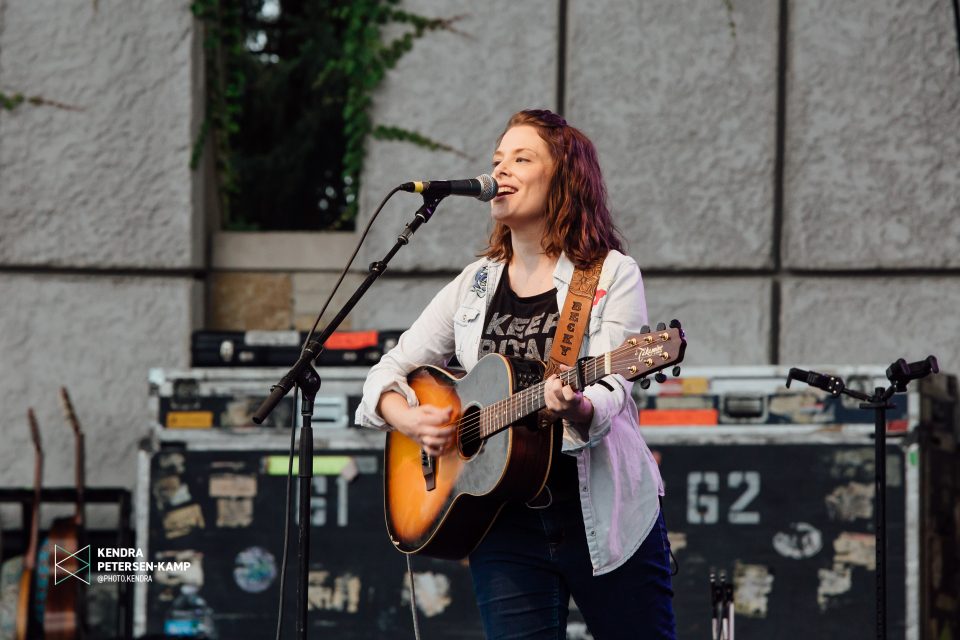 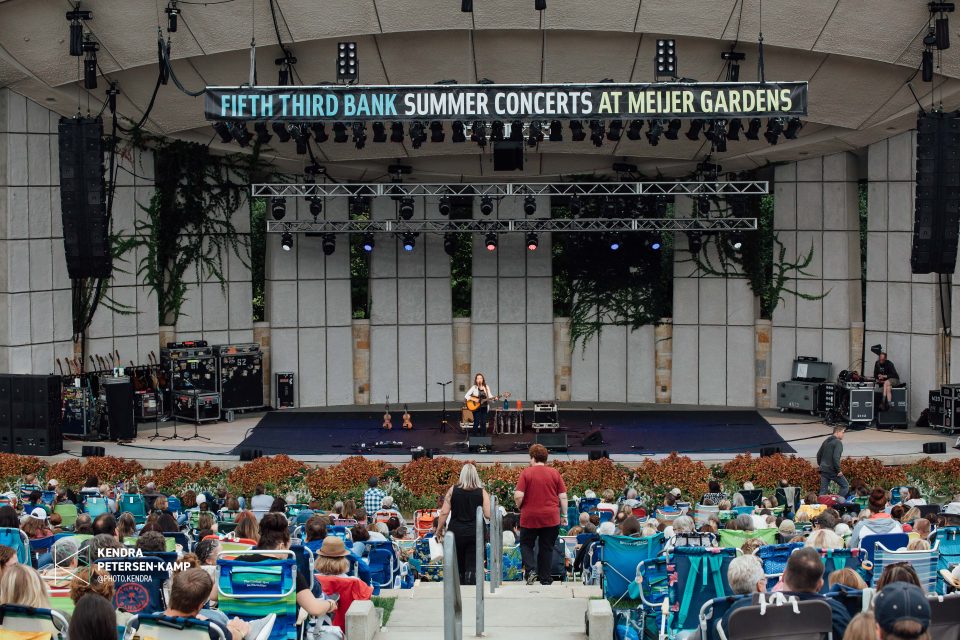 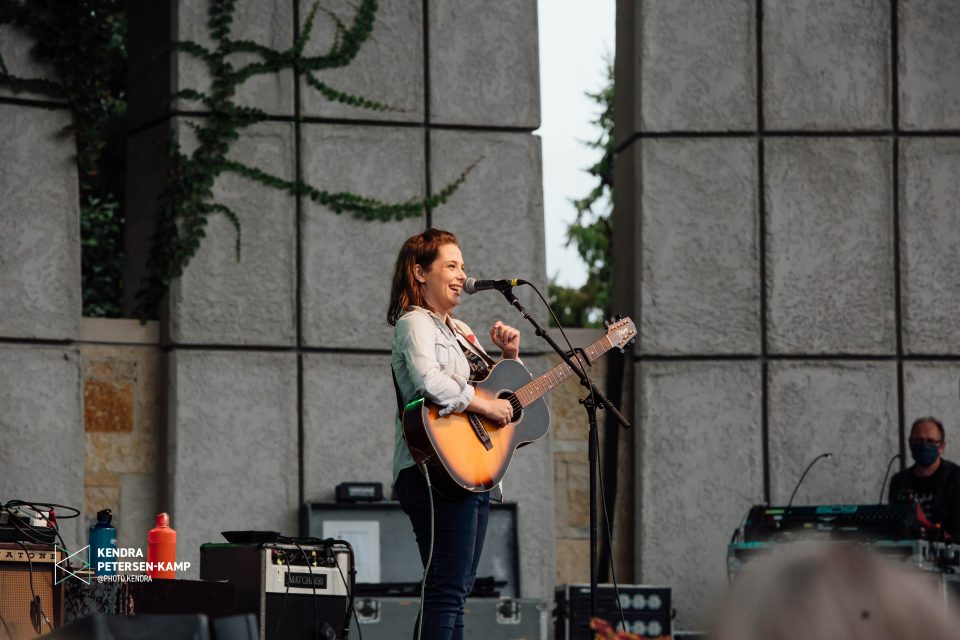 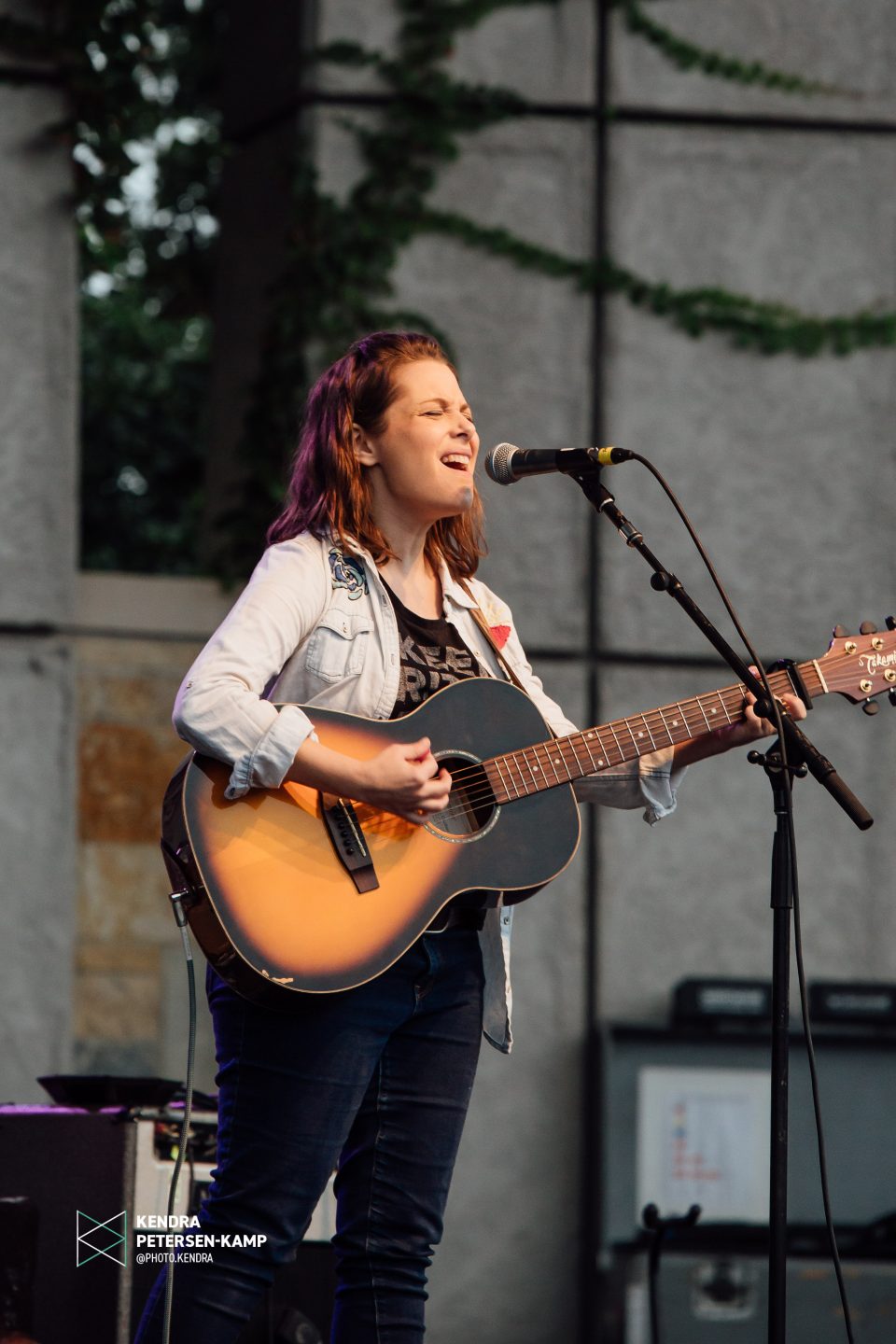 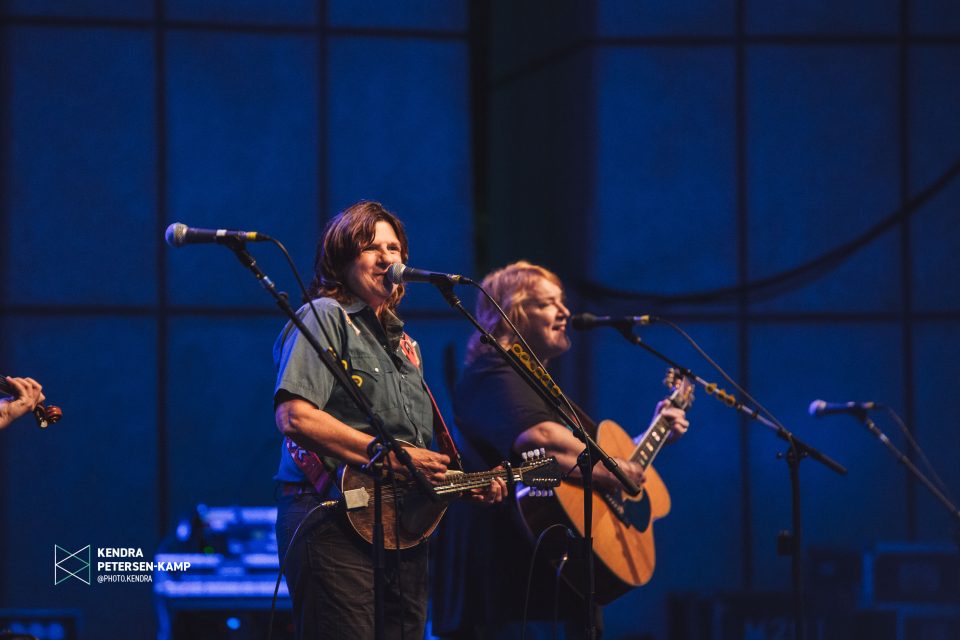 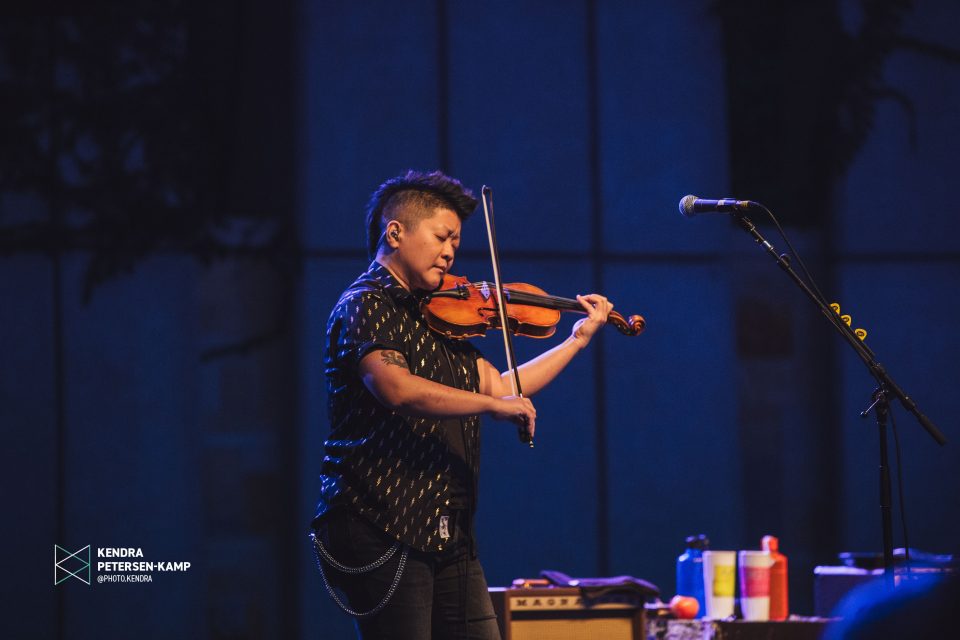 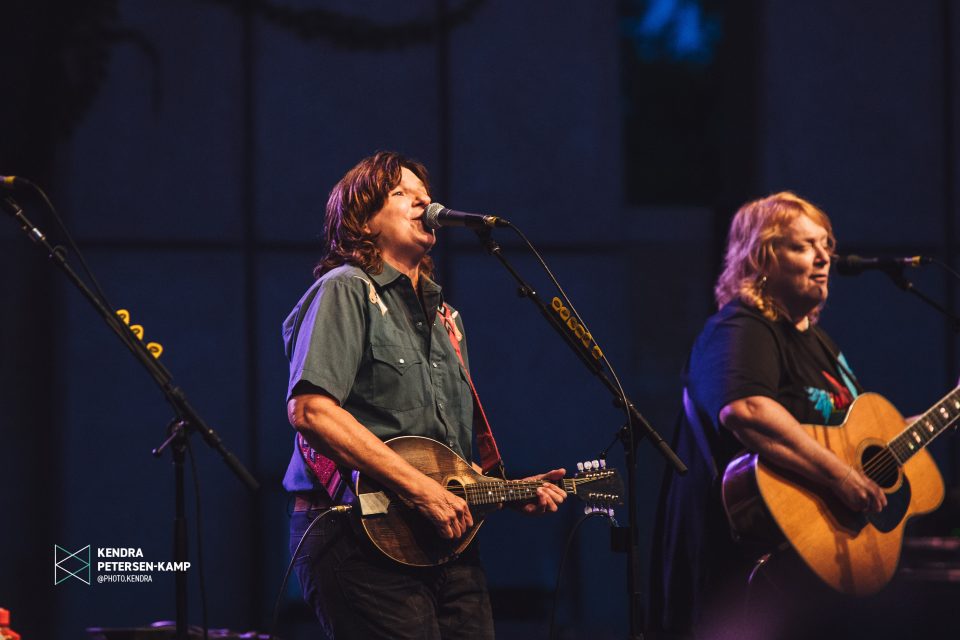 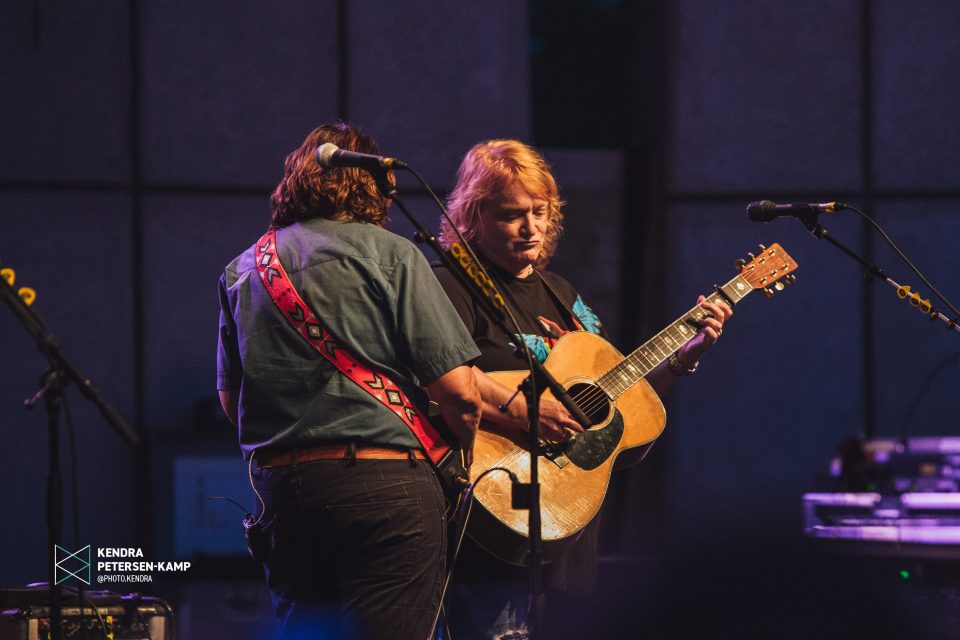 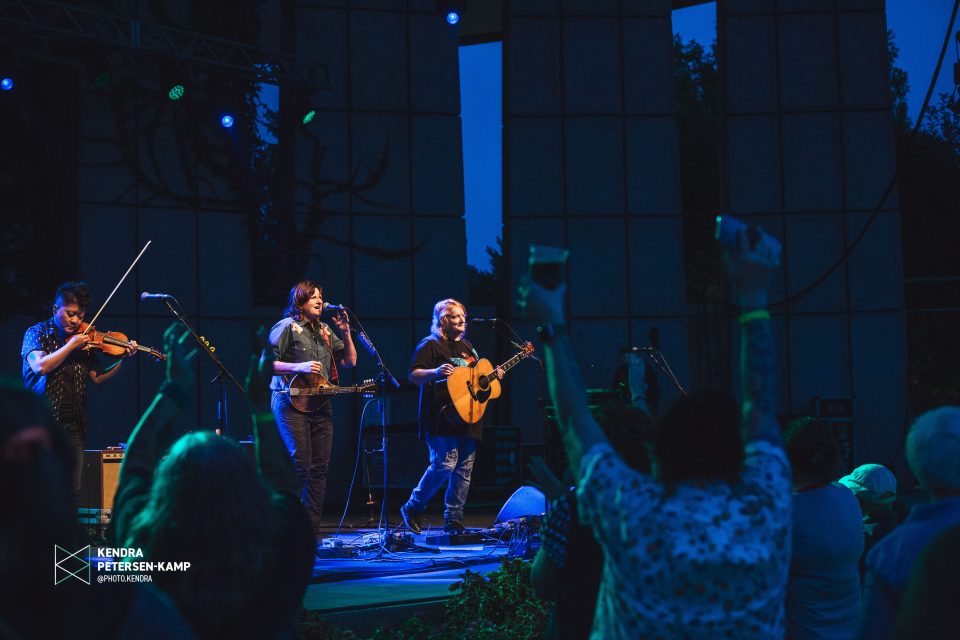 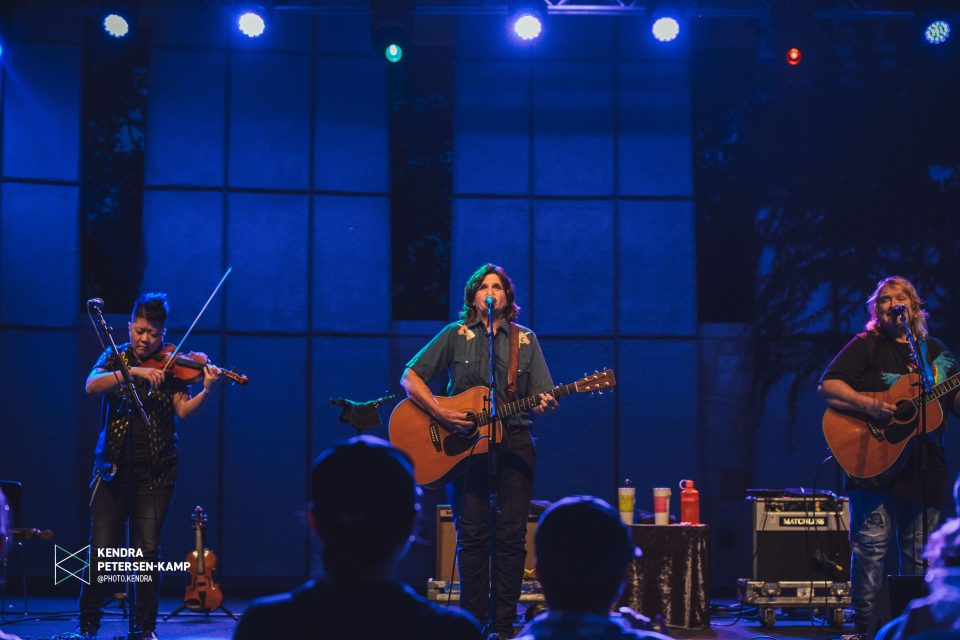 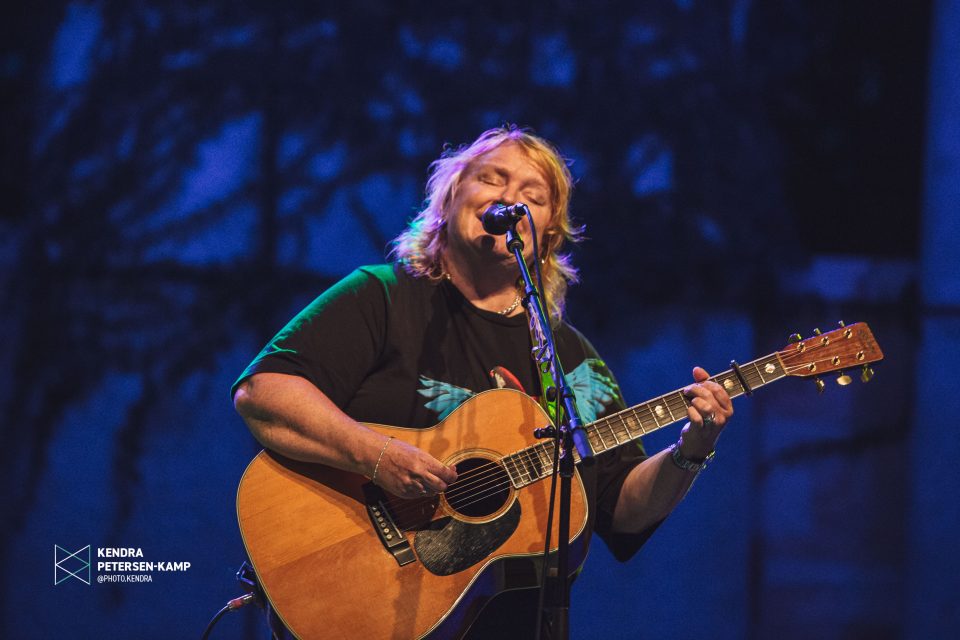 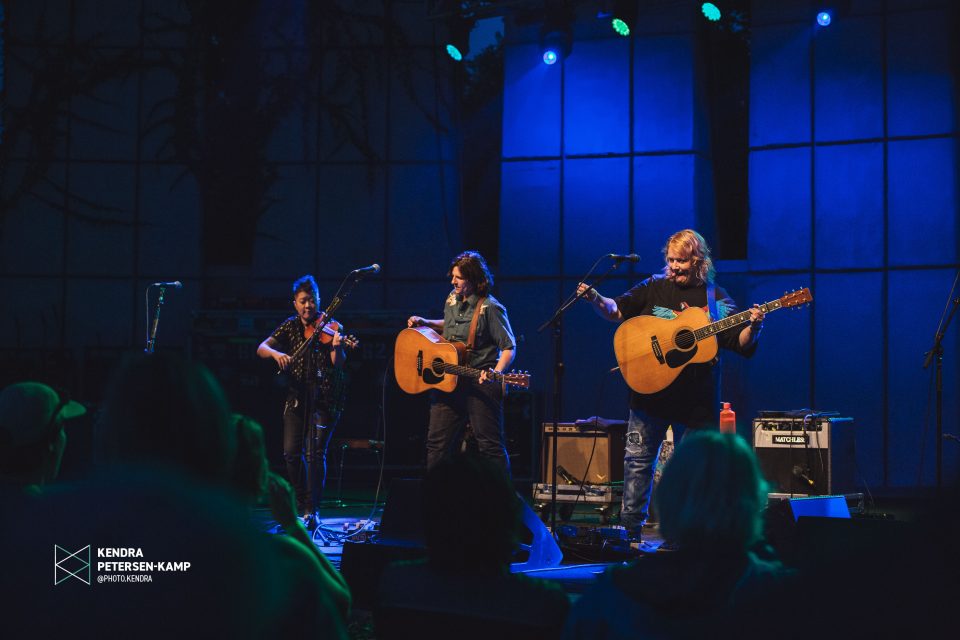 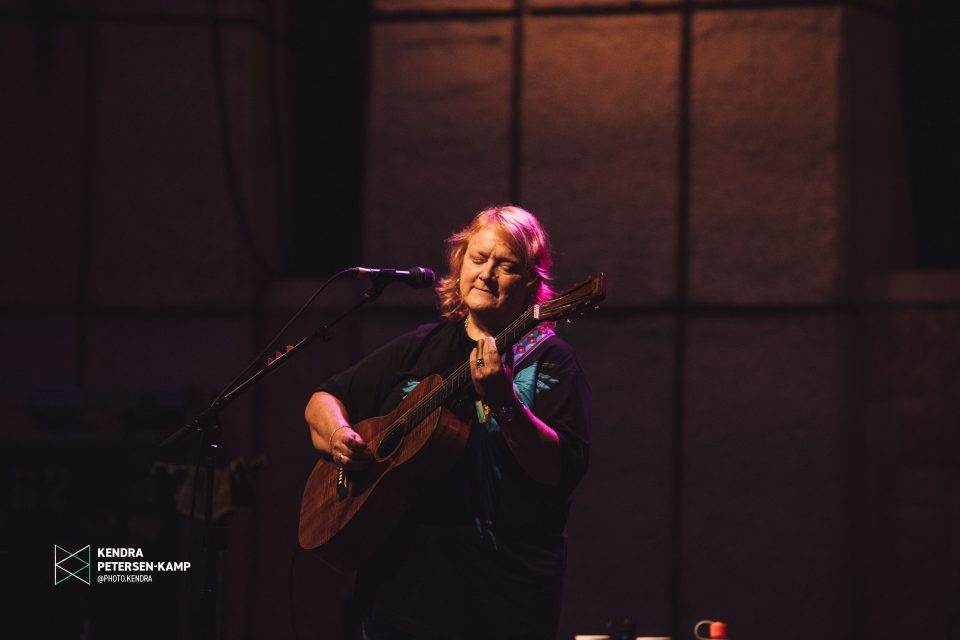 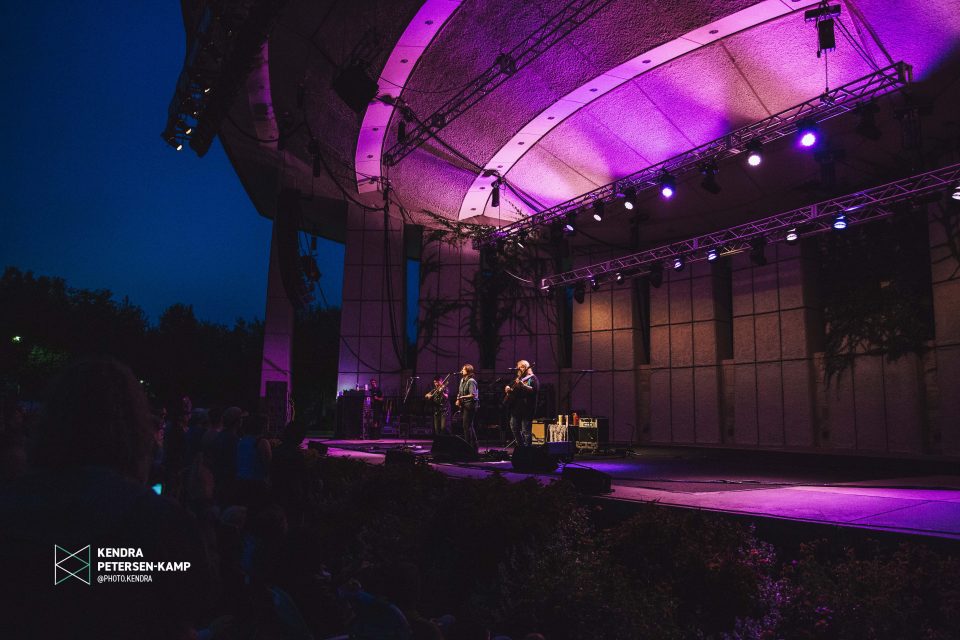 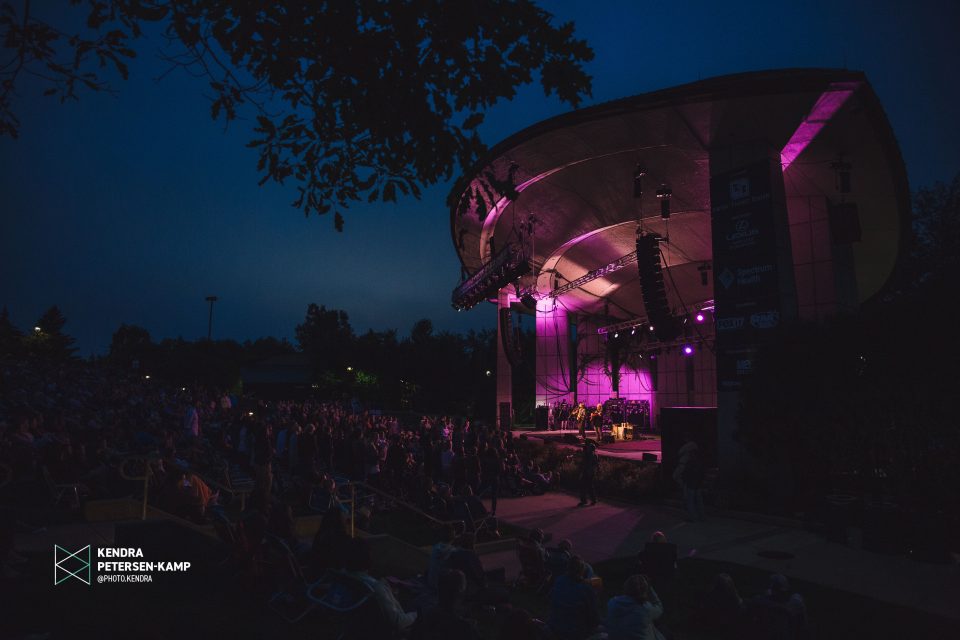 With about 8,000 people on hand at Van Andel Arena — after many fans received refunds from the originally scheduled March 2020 concert date — Canadian jazz-pop star Michael Bublé delivered a hit-laden affair on Monday that satiated devotees who had long waited for his return to Grand Rapids.

Bublé expressed gratitude to the crowd for its patience in riding out the concert postponements due to the pandemic and joked about being thankful he was now getting a “paid vacation” from home-schooling. At one point, he even rigged a microphone on the end of a hockey stick so an audience member could join him on a rendition of “Lost.” 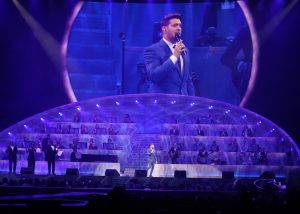 Filling the Stage: Bublé was backed by an orchestra on Monday. (Photo/Jim Hill)

“Worth the wait and I believe the crowd would echo that. Impressed with how he played the crowd,” said concertgoer Mike Shiparski, who attended Monday’s show with Kathy Schuette.

“Personable and engaging more than I expected from TV appearances. Kathy liked his cover of Andy Gibb’s ‘Love Somebody’ in recognition of Gibb giving him a duet gig when others didn’t. Great stage setup and the entire orchestra was involved.”

Bublé dedicated his version of “Fly Me To the Moon” to his grandfather, who bartered his grandson’s way into clubs by doing plumbing jobs for club owners. Ever the joker, he also teased fans by suggesting there might be a surprise guest appearance by British pop star Harry Styles — only to concede it wasn’t happening.

Fans entering Monday’s show were required to show proof of vaccination or a negative COVID test.

“Process was smooth for us and I saw more masks there then at Notre Dame Saturday by a long shot,” Shiparski said. 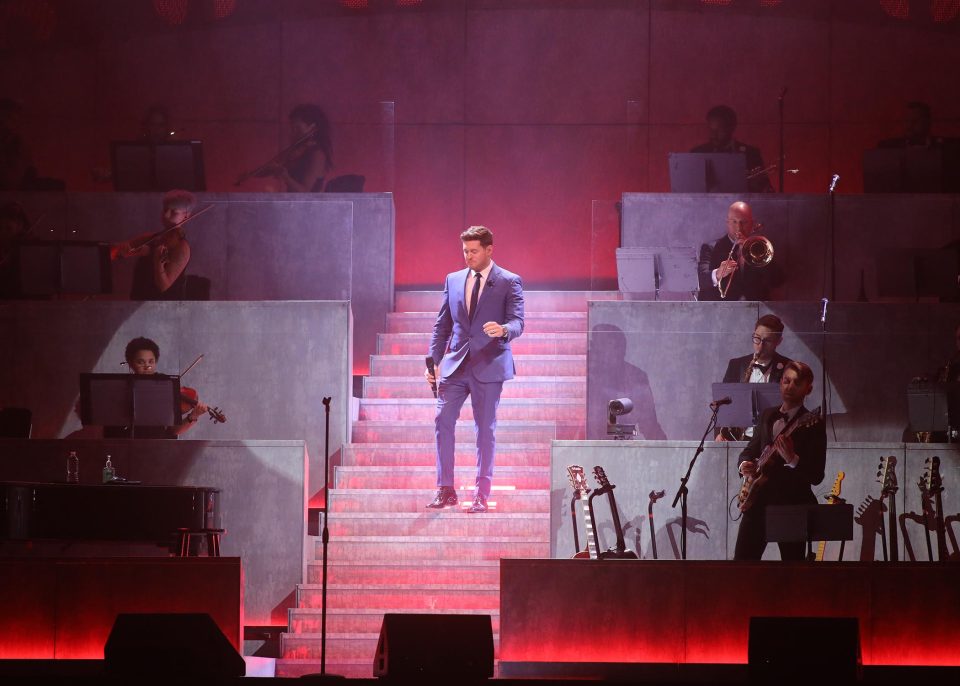 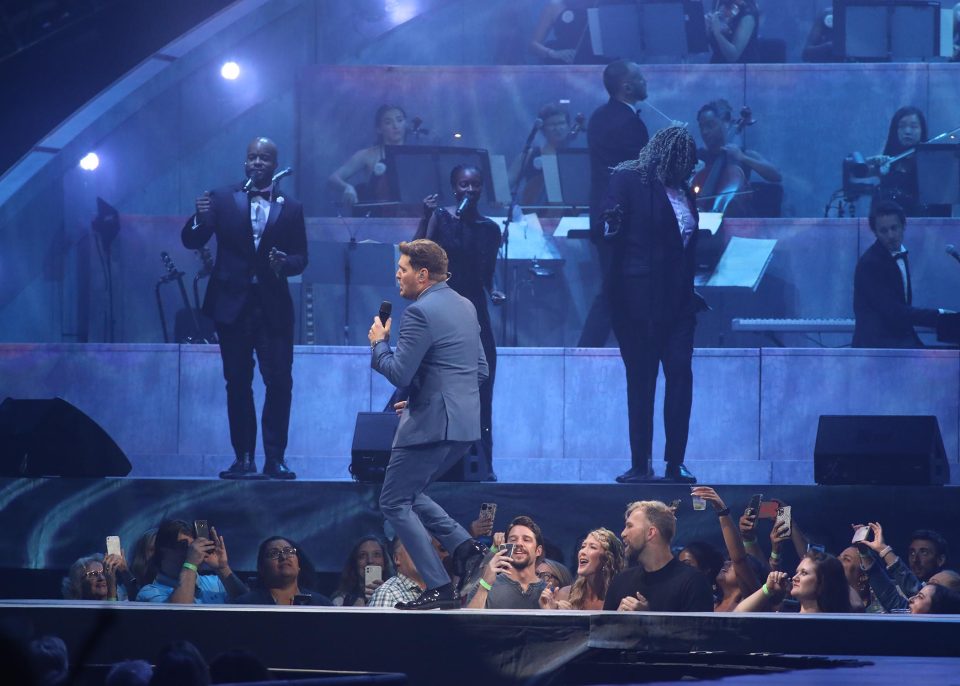 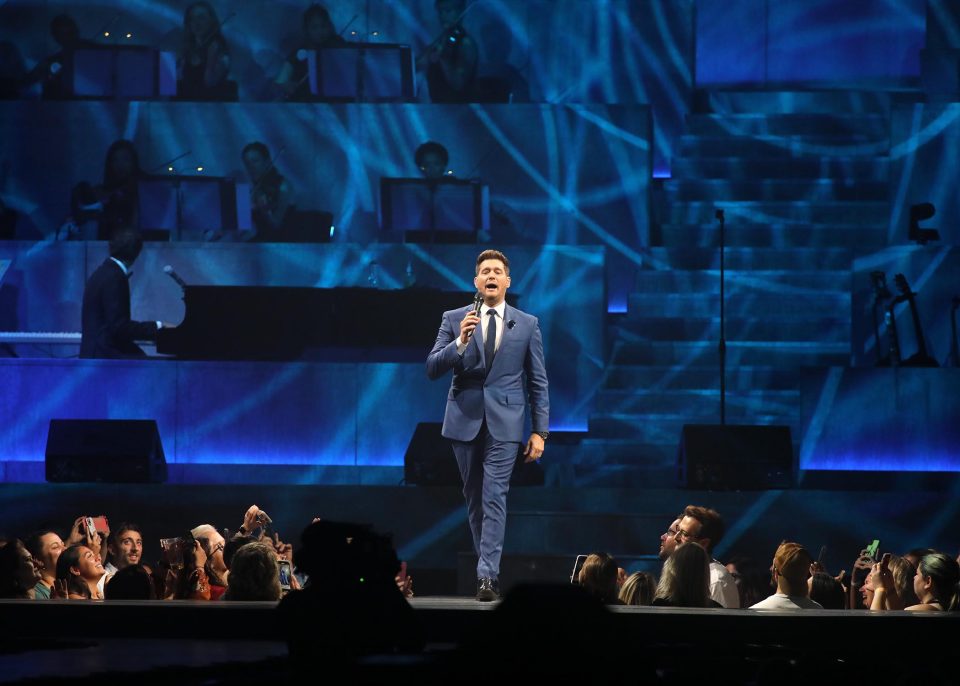 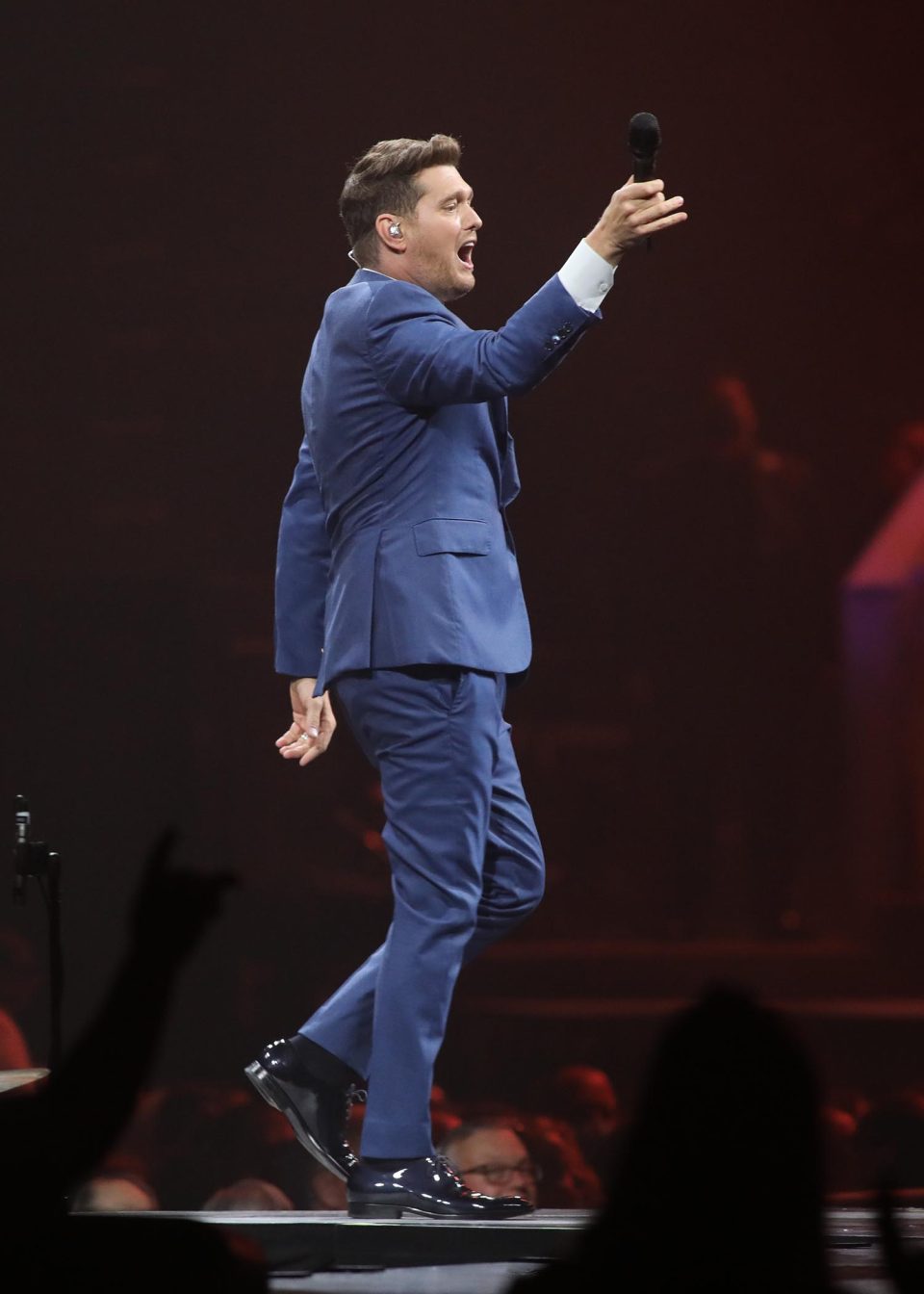 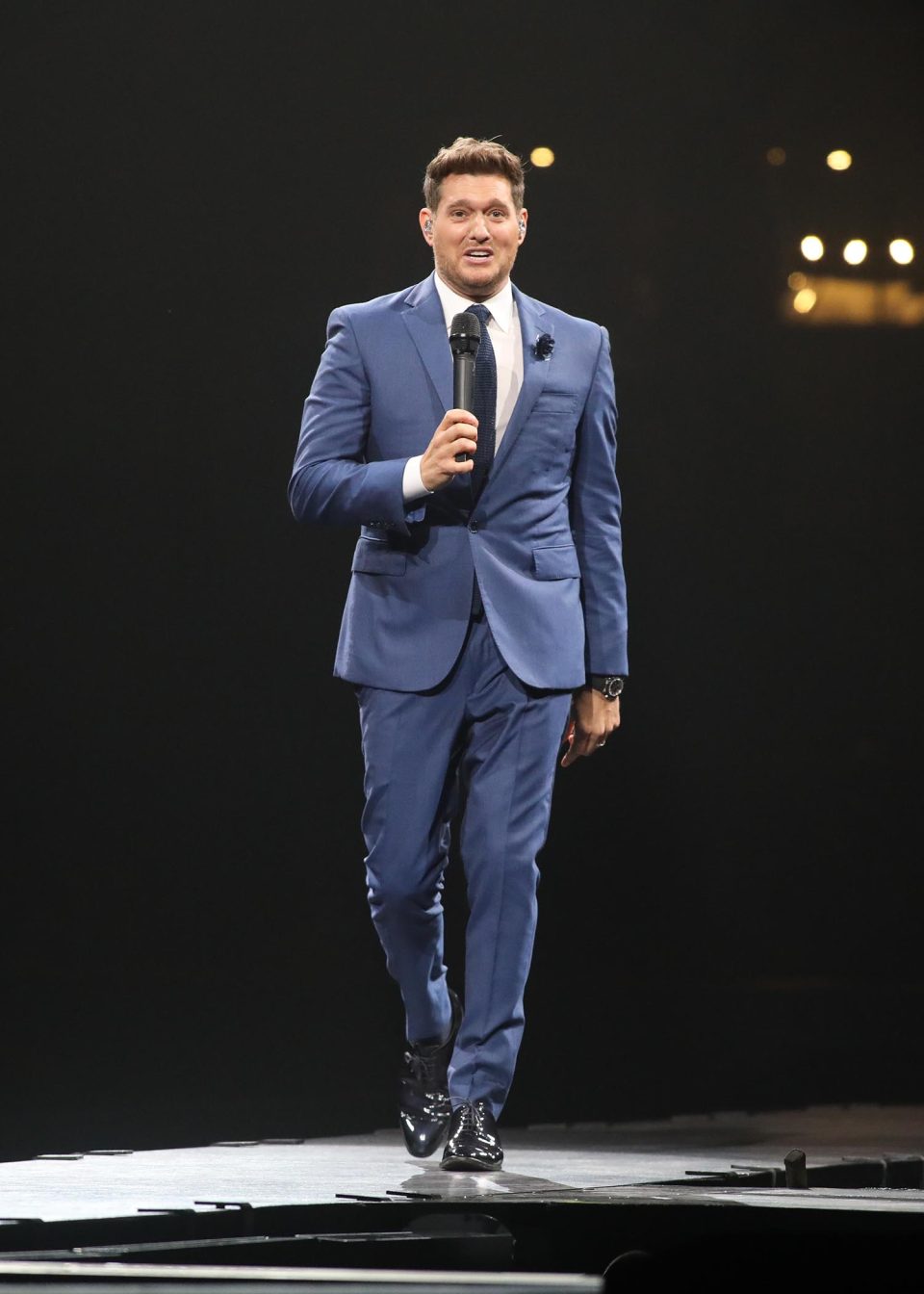 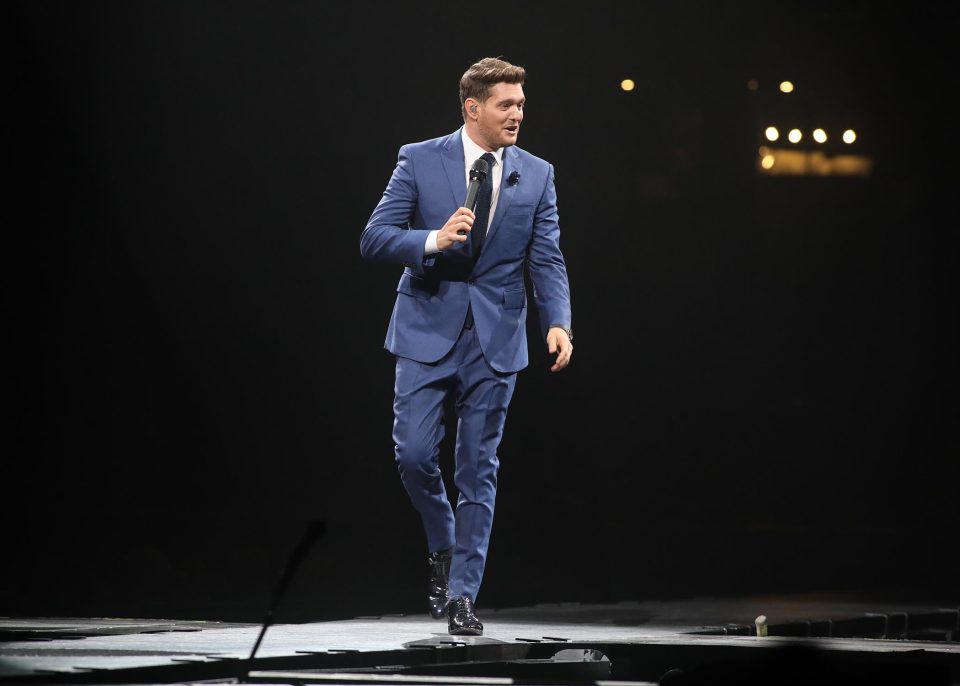 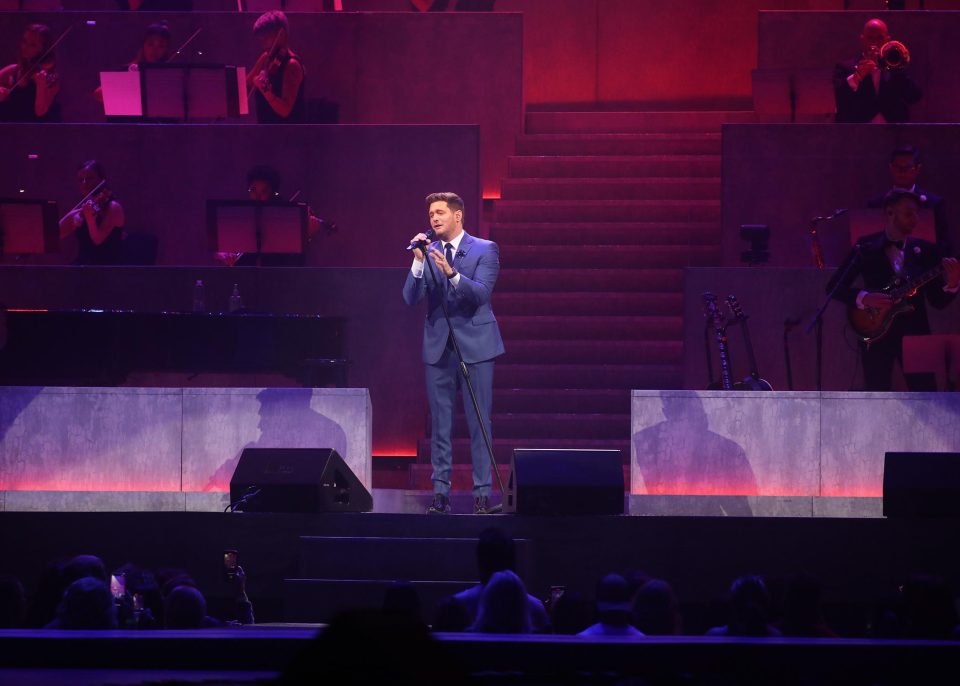 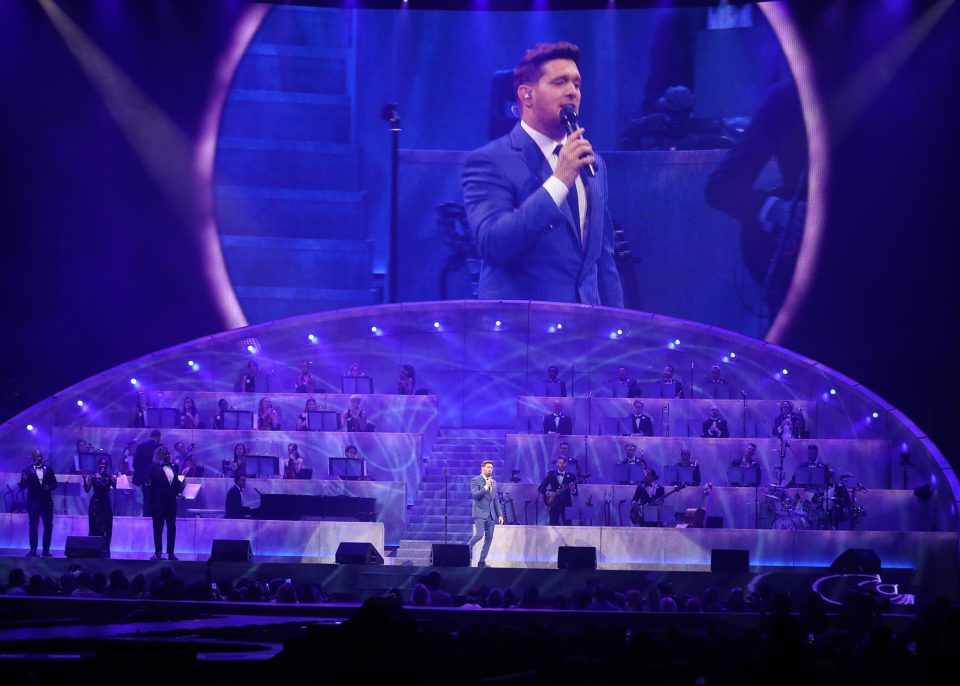 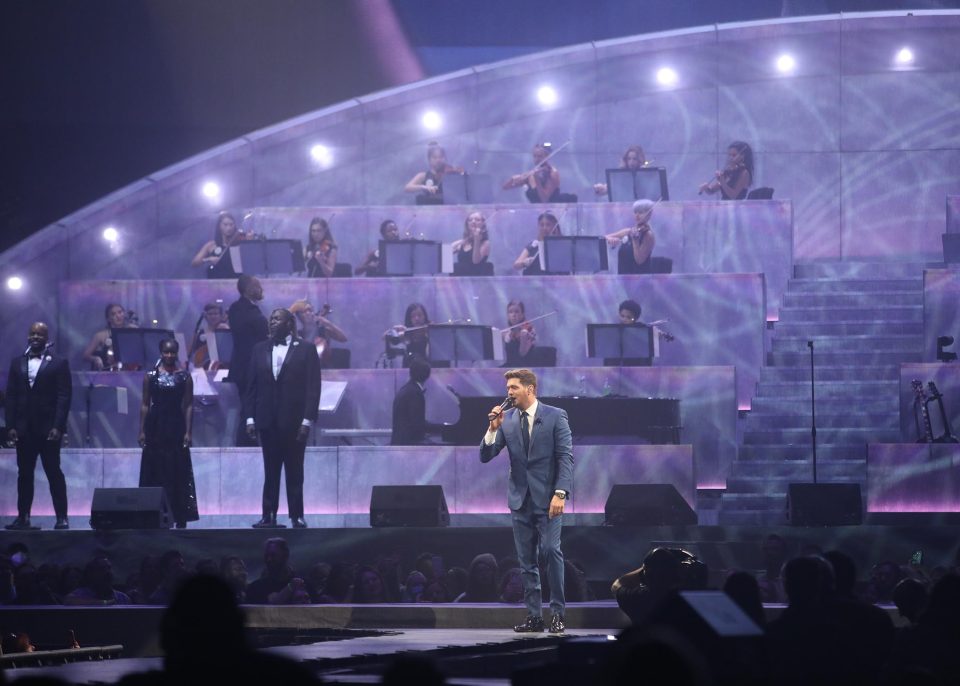 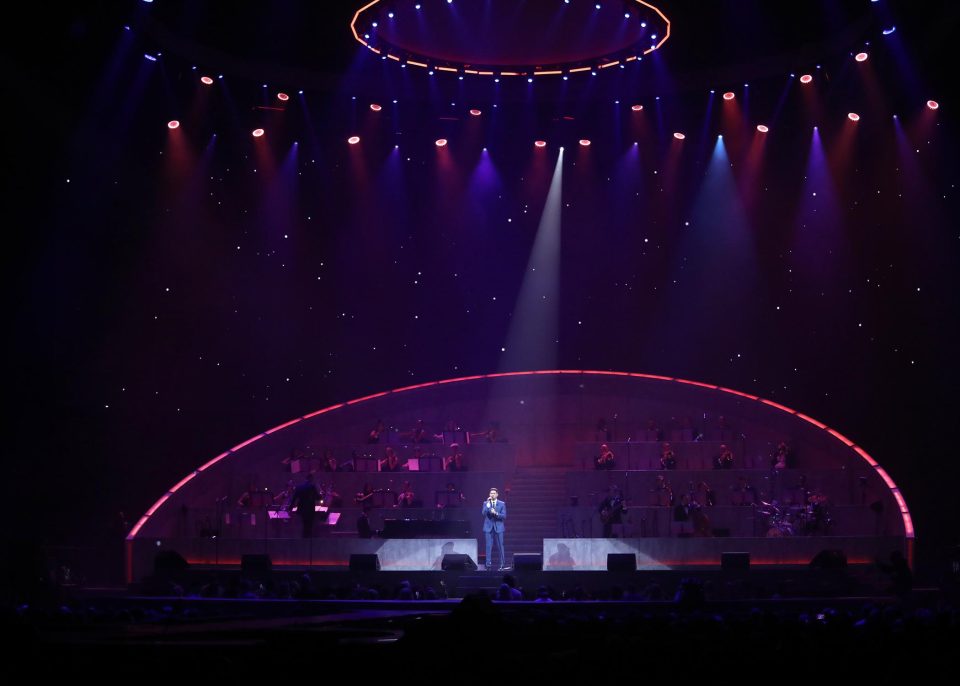