The Jammie Award-nominated Lansing singer-songwriter performed a couple of her singles for Local Spins on WYCE, which also debuted new tracks and previewed performances at Friday night’s awards show. 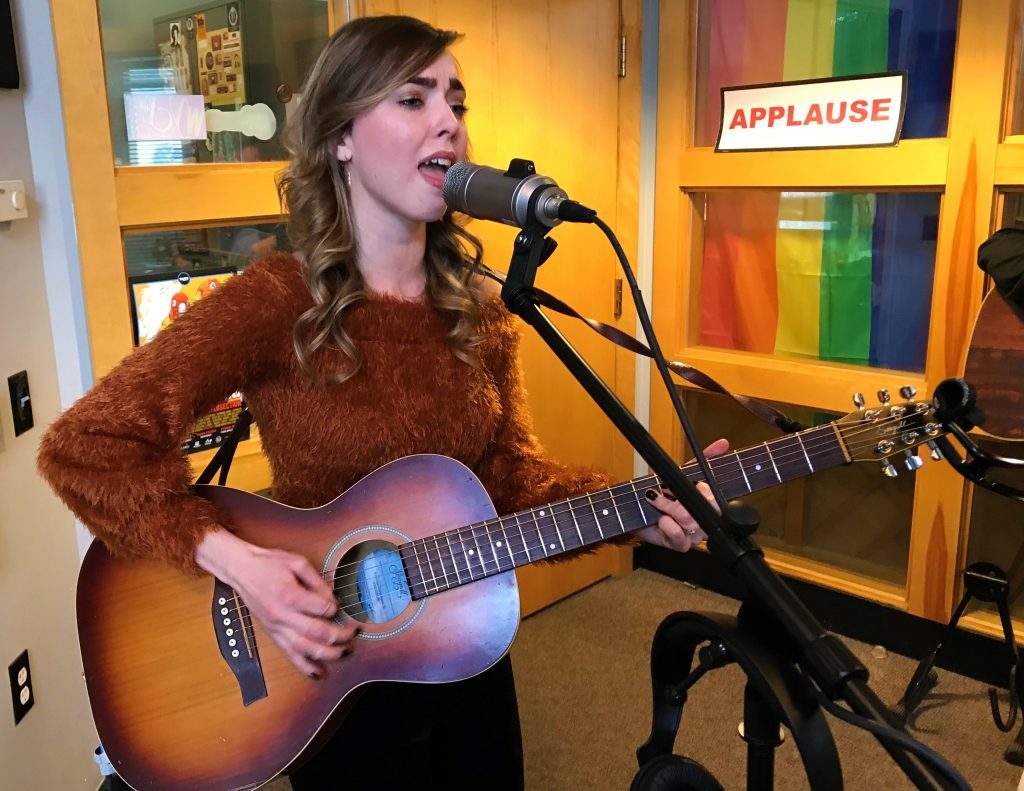 Taking the Next Step: Rachel Curtis is eyeing more performances and more recording in 2020. (Photo/Local Spins)

When Lansing singer-songwriter Rachel Curtis passed by a field of dandelions, she saw more than a bunch of weeds.

What resulted was a catchy single that’s nominated for a WYCE Jammie Award for song of the year at tonight’s awards show (Feb. 14) celebration at The Intersection in Grand Rapids.

It’s another step forward for a budding artist who used to “make up songs in my crib, just kind of gibberish” before getting involved with musicals and starting a duo at Lansing’s Waverly High School, and eventually forming a band three years ago.

Oh, and along the way, the singer and multi-instrumentalist also made it to Hollywood as a contestant on “American Idol” in 2018, an experience she says was valuable in honing her chops as a performer.

Rachel and her band — guitarist Jason Marr, bassist Tyler Tesla and drummer Danny Lindstrom — showed off that emerging talent for this week’s episode of Local Spins on WYCE, performing “Dandelions” and another single, “Penny Pincher,” in-studio as a preview to their performance at the Jammie Awards on Friday night. The band plays the Elevation stage at 7:05 p.m., one of more than two dozen performances by Michigan bands. 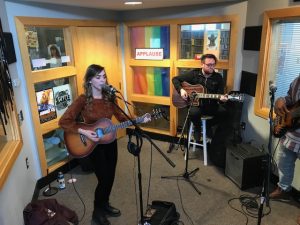 On the Air: Curtis and her band at WYCE. (Photo/Local Spins)

Watch the video for “Dandelions” here, and scroll down for the full radio show podcast below.

After releasing an EP in 2018 and several singles last year, Curtis is looking ahead to more live shows, writing more songs and possibly recording a full-length album.

“I feel like I’m always having certain little ideas for lyrics especially, and also sometimes I’ll just sit down with a guitar and it just all flows out,” she said. “I really just want to focus on new material … and also just playing with my band here.”

This week’s edition of Local Spins on WYCE — which showcases local and regional music at 11 a.m. Fridays on WYCE (88.1 FM) — also featured the on-air debut of new tracks by Sweet Water Warblers, Lybrandt and Mystic Dub as well as songs by Jammie nominees Jordan Hamilton, Michigan-I-O, Guitar UP, Medicinal Groove and Michigander, and music from Drinking Mercury and Nathan Walton (this week’s musician’s pick by Curtis). Listen to the podcast here.