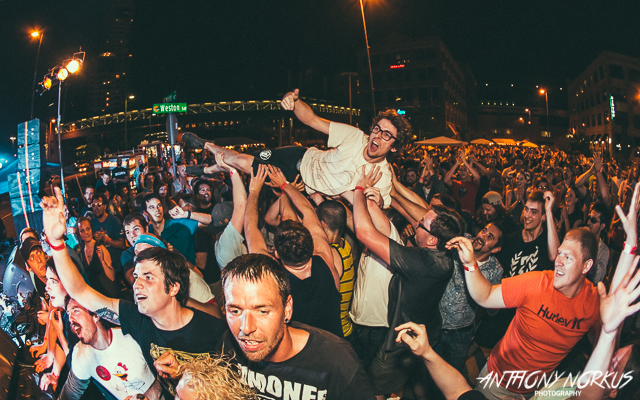 Heaters, The Accidentals, The Concussions, Seth & May and Molly Bouswma-Schultz will lead a who’s who lineup of West Michigan bands playing this year’s Local First Street Party in downtown Grand Rapids on June 6. 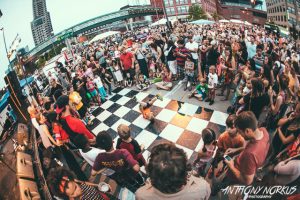 Once again, the 12th annual party held on the street just outside Bistro Bella Vita will be held the same weekend as Festival of the Arts, with Founders Brewing beer, food trucks and booths, sidewalk chalk art, hula-hooping and recycled art also part of the celebration.

The street party on Weston Street SW takes place the same weekend as Festival 2015, which will take over much of the downtown area just to the north June 5-7. (Bands and performers who applied for Festival performances were notified of their time slots last week – a bit later than promised – with the schedule expected to be finalized in May.)

“We have selected different dates in the past to avoid Festival weekend, to see how it might affect us, but these last two years we have partnered up with Festival to help co-promote both events in an effort to get all of Grand Rapids downtown to enjoy all that our local businesses and artists have to offer,” she said. “It has proven to be a very advantageous partnership.”

The street party will take place from 3 p.m. to midnight. Get more details online at localfirst.com. 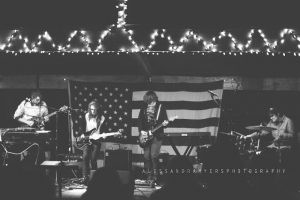 So, Joel Gordon, organizer of the free annual Bona-Who? concert and pig roast staged on his four-acre homestead off 15 Mile Road near Cedar Springs, has doubled up for the mid-May affair this year, with the event now starting on Friday night and continuing all day Saturday.

Gordon said he had so many prospective performers contact him about playing this year that the roster filled up quickly.

This year’s Bona-Who? (a name inspired by blues-rock guitarist Joe Bonamassa NOT Tennessee’s Bonnaroo festival) will take place May 15-16, with Catfish Johnny & The Bottom Feeders, Fever Haze and hi-ker performing on Friday night. 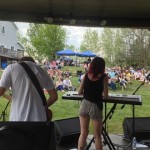 This will be the fifth year that Gordon has organized the event, intended to spotlight young up-and-coming bands as well as more established West Michigan acts. Although he’s also eyeing the prospects of eventually moving the festival it to a larger site, it will remain at his property at 5620 15 Mile Road for 2015.

The festival is free, with attendees asked to bring their own chairs, blankets and beverages. It begins at 7 p.m. Friday and will run noon to 11 p.m. Saturday.