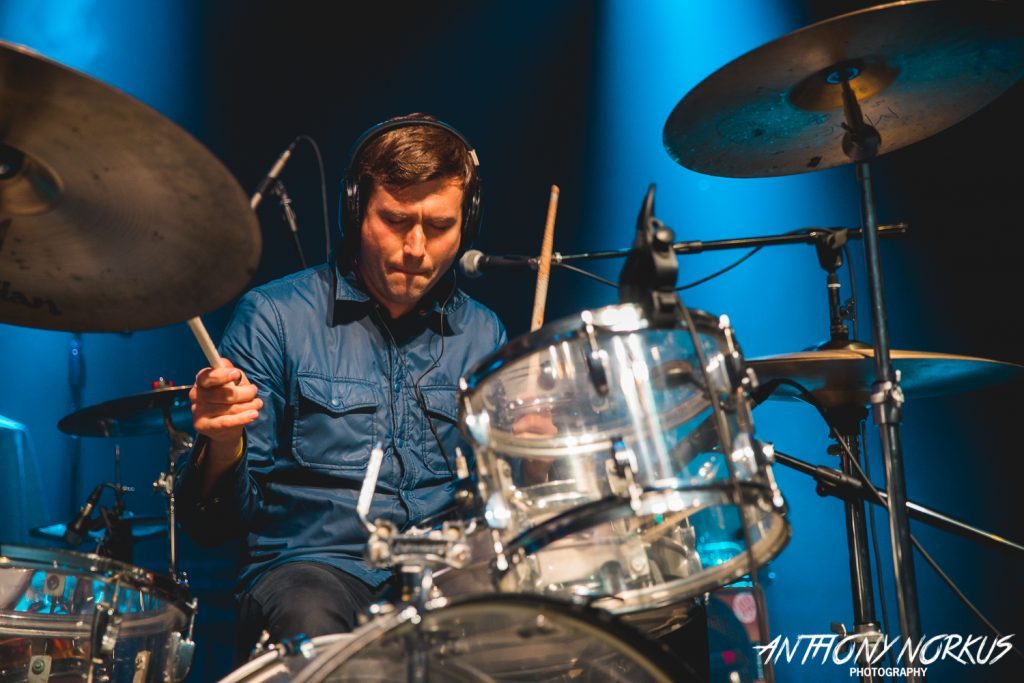 ‘Definitely an Adventure’: After pounding it out in the trenches, on his own and with others, Mike Gard has a found a dream niche. (Photo/Anthony Norkus)

The Melvins and Jon Spencer play a sold-out show at The Pyramid Scheme in Grand Rapids at 8 p.m. Thursday. Doors open at 7 p.m. Check out the Local Spins review of the concert on Friday.

When Jon Spencer hits The Pyramid Scheme stage in Grand Rapids Thursday night, many Michigan music fans may notice a familiar face behind the kit as the Blues Explosion frontman’s new solo project warms things up for legendary rockers The Melvins.

A self-proclaimed “glorified street hustler,” Mike Gard (aka M. SORD) has been a staple on the Southwest Michigan scene for nearly 26 years.

This may be his biggest and baddest hustle yet. 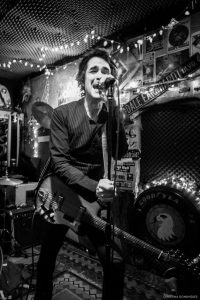 Having linked up with Spencer on multiple recording projects (including JSBX and Boss Hog albums) while working alongside Bill Skibbe at Key Club Recording Company in Benton Harbor, Gard was tabbed by Spencer to play drums on his latest project.

“He was the handyman and assistant engineer that turned out to be a great drummer,” Spencer said of Gard in a recent Rolling Stone article.

Along with Quasi’s Sam Coomes on keys, the two recently put the finishing touches on “Spencer Sings the Hits!” which is set for an early fall release. The trio is being joined by former Sonic Youth drummer Bob Bert on percussion for their 14-date, no-night-off tour which kicked off Sunday in Minneapolis and will make a second Michigan stop at the El Club in Detroit Friday.

As for the new project, “it’s uniform to a lot of what he has done in the past, but it’s really unique because everything is really minimalist,” Gard tells Local Spins. “It’s all put together pretty complex in terms of the mathematics and the way he delivers his vocal is very, very colorful.”

In addition to the new material with which he’s already familiar, Gard (who has also done session work with The Kills, Death in Vegas, Von Hayes and more) has kept busy learning older Spencer tunes from his time with Pussy Galore and Heavy Trash.

GETTING HIS START AT KALAMAZOO’S CLUB SODA

Given his history with Spencer, Gard admittedly hasn’t exactly had that “pinch me” moment, but now that he is out on the road playing with “a legend that (he) grew up listening to” and opening for a band, “The Melvins, who in high school were (his) heroes,” it’s safe to say there have been some solid moments of self-reflection that have occurred for him on stage and off.

Like many musicians, Gard’s journey — riddled with semi-success and times where he “almost gave it all up” — hasn’t been an easy one, but it did start early. 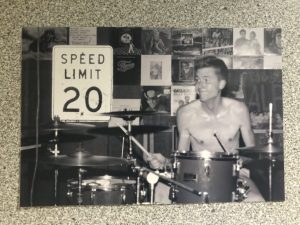 The Early Days: Mike Gard performing with Johnny’s Own.

As a member of the early ’90s rock outfit The Regulars, he first played Kalamazoo’s famed Club Soda as a 15-year-old in December 1992.

“We were all sophomores in high school,” he recounts. “One of the guys in the band contacted the booking person and the guy said as long as there is no trouble with you guys trying to drink, we’ll give it a shot. We were totally just kids. I still don’t even know why they let us play.”

A couple of years later, The Regulars, still all in high school, were selling out the venue under the new moniker of Johnny’s Own — a band that sold out of a run of 1,000 cassette tapes in one week after recording an album at Otsego’s McDonald Productions.

From there, Gard drummed his way through the scene, playing with popular local acts, Quixote and Keleton DMD, before venturing onto his own as the one-man, synth/drum-fusion act M. SORD and more recently serving as the backbone of Less Is More (known now as FINKEL).

It was his time as M. SORD that may have been the most introspective, as he realized no matter what he was doing, as long as he was making music, things would be OK.

“When DMD ended, I had no band and I moved to Chicago with like $40 to my name and no idea what I was going to do,” Gard recalls. “I moved into a friend’s spare room and I was kind of in a meltdown and I had this melody idea and there was this old piano in that apartment. 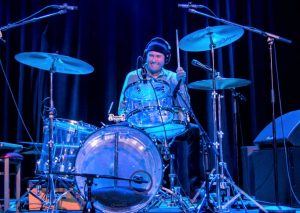 “There were mice running around, you could hear them scurrying, it was a total serious rat den. And then I just got this idea that I should record this piano part and then play the drums to it and I’ll create this one-man band. And right there, in this one afternoon, I came up with M. SORD and that was it, I just started going bananas writing songs.”

Gard, who after a brief stint in Los Angeles moved back to Michigan, put out three studio releases between 2006 and 2013 as M. SORD. He then headed out on the road with Irish rockers No Monster Club, sitting in as their drummer for one of their American tours.

“That tour, I saw the three of them having so much fun in a band and thought about how much fun I had in the days of Quixote and DMD, and I thought, ‘God, I want to be in a band again,’” he recalls. “So, I got some different players to play with M. SORD and then I met Brian and Jane (Spencer) and we decided to try and make a band.”

That band, Less is More, evolved from its previous lineup and made some noise in West Michigan’s music scene in 2017. The group even played its way onto the Audiotree Festival stage last September, before Brian and Jane packed their bags for L.A. and rebranded the project as FINKEL. 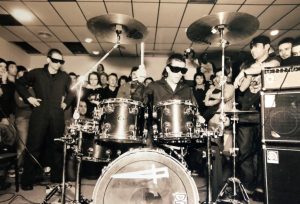 Gard made the decision not to follow, and a few months later, found himself uncertain what his future held.

“I’d been riding this wave for eight or nine years, working odd jobs and freelancing and was so slow this winter, musically and otherwise, that I was just kind of like, ‘This is it, I’m done,’” Gard says. “Then I got this message from Jon.”

Now with his biggest album credit to his name as a musician, Gard has a lot to look forward to, including a headlining tour in the United States this fall and some European fall dates that will take him to England, France, The Netherlands and beyond.

“I’ve been playing for 20 or so years I guess, and as far as tour level goes, this is a huge break,” he says. “I’ve done tons of dirt bag tours where some of the shows are good and the majority of which are just awful. It’s definitely an adventure.”

An adventure, that after 26 years, may just really be getting started.

VIDEO: Jon Spencer, “Do the Trash Can”