Local Spins writer Ryan Boldrey is a Hoxeyville Music Festival veteran. He compiled a roster of highlights from last weekend’s spectacle in northern Michigan, enhanced by photos from Nathan Purchase. 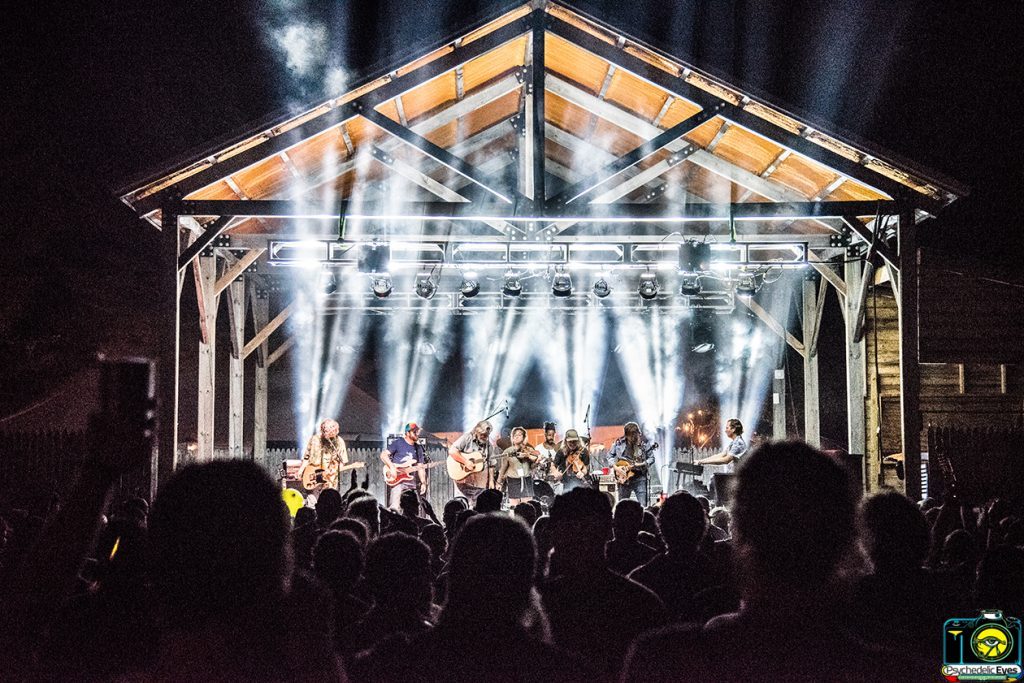 Sit-Ins and Collaborations Galore: Stages were full of them at Hoxeyville. (Photo/Nathan Purchase)

When asked to do a top five list for Hoxeyville, it would be cheating to just dive right into the most memorable musical moments and move on. 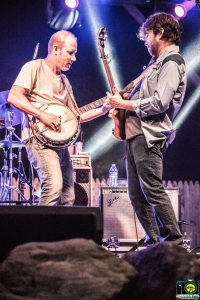 Hints of Greensky: Banjoist Michael Arlen Bont — as well as Paul Hoffman and Dave Bruzza — gave fans a taste of GSBG over the weekend. (Photo/Nathan Purchase)

Like many festivals, Hoxeyville is so much more than just the music. It’s the camaraderie, the sense of family and an opportunity to get away to some place beautiful and get in touch with one’s soul, through nature, through music and through community.

What goes into this yearly tradition, and for the people that are part of it, is truly something special. A Michigan fest in its truest form, organizers Jake and Kristin Robinson’s baby has grown up with a strong set of roots and while garnering some top-tier national acts on an annual basis, it is first and foremost about family and the family that surrounds Michigan music and has made the bluegrass, roots and Americana scene in the state what it is.

One band that has been so closely associated to Hoxeyville over the years that its name had become synonymous with the festival, is Greensky Bluegrass. And while, for the first time since the festival’s inaugural go-around in 2003, the full band wasn’t in appearance together, the treat that the band’s original three members provided festival-goers won’t soon be forgotten.

And with that, I’ll head right into the top five highlights of this year’s festival, as they were, at least for me. So, in no particular order:

PASSING OF THE TORCH: If Greensky isn’t the main festival attraction anymore, then who is? Not many people would argue that the torch is seemingly being passed to northern Michigan native Billy Strings. After closing down the 2017 festival, the Nashville transplant delivered on two main stage sets this year (not to mention led a couple of all-night picking parties in the woods). Strings’ band — featuring Billy Failing on banjo, Royal Masat on bass and Jarrod Walker on mandolin — has been moving up festival lineups across the country at lightning quick speed and Hoxeyville appears to be theirs for the taking. (Check out a post-Hoxeyville Local Spins Live at River City Studios session with Billy Strings here.) 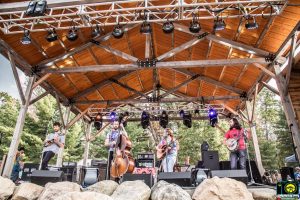 Homecoming: Billy Strings, who reveled in Michigan family and friends all weekend, on stage with his band. (Photo/Nathan Purchase)

SIT-INS GALORE: It’s hard to nail down what the best sit-in of the weekend may have been, as it was rare a set occurred without at least one, but I’m going with Lindsay Loubelly and Greensky’s Michael Arlen Bont sitting in with The Infamous Stringdusters on the late Aretha Franklin’s “Respect” on night one. A close second would be all three Sweet Water Warblers performing with Strings for a festival-closing cover of the Grateful Dead’s “Brokedown Palace.” Honorable mention: Strings and his father Terry Barber, together for a handful of tunes on night three.

THE ONE NIGHT STAND BAND: Despite the absence of the full ensemble, Paul Hoffman and Dave Bruzza gave Greensky Bluegrass fans more than they could ask for as the two primary songwriters for the band delivered a half set worth of music as a duo, before bringing up Bont on banjo for three cuts, performing “Swing Low Sweet Chariot,” “The Arlen Bont Breakdown” and “Stop That Train” around one mic in traditional bluegrass style. Special guests in the set included Luke Winslow-King, Geoff Lewis, Jon Herman and Josh Davis. 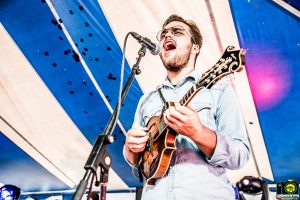 Under the Tent: The Mitten Stage boasted lots of gems. (Photo/Nathan Purchase)


THE OTHER HEADLINERS:
A couple top-tier bluegrass acts had festival-goers talking all weekend. The Grammy-winning Infamous Stringdusters dropped jaws night one with their fast picking, vocal harmonies and showmanship, while Leftover Salmon’s high-energy picking party closed out Saturday night with an un-matched dose of revelry. Non-bluegrass act Dawes also put on a memorable set to close out Night 1.

MITTEN MUSIC: It’s a Michigan festival, no doubt. Highlighted by The Sweet Water Warblers, Luke Winslow King, Steppin’ In It, The Crane Wives and one of the most underrated festival house bands in Airborne or Aquatic on the main stage, Hoxeyville served up its usual great sampling of some of the best the Michigan music scene has to offer. For the third straight year, however, I walked away wishing I’d spent more time on the Mitten Stage. Two bands I did catch over there were Traverse City’s Soul Patch and Kalamazoo’s Gifts or Creatures. If you head to Hoxey next year, do yourself a favor and introduce yourself to some of Michigan’s top up-and-coming acts playing in the tent. 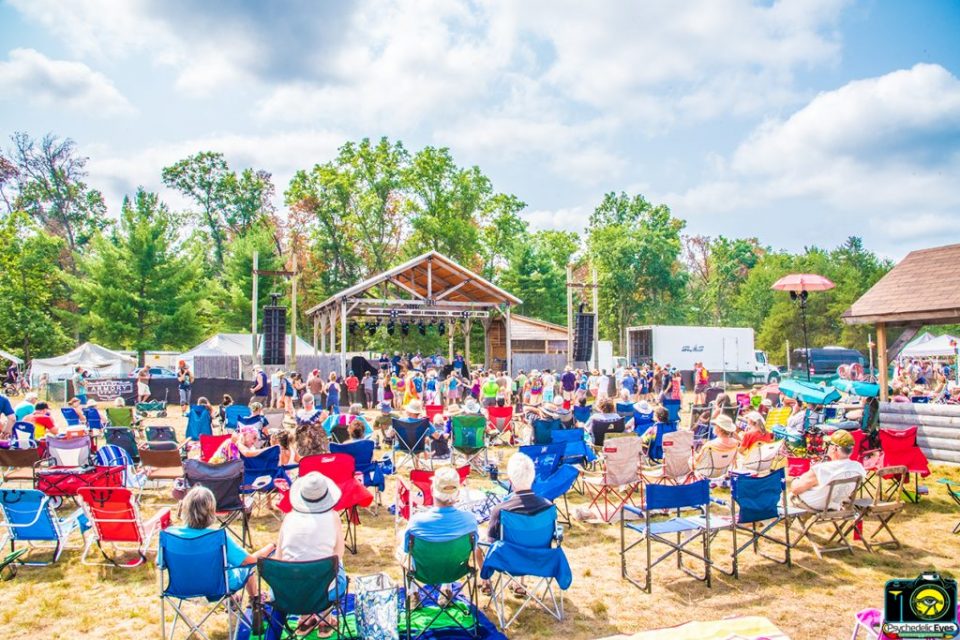 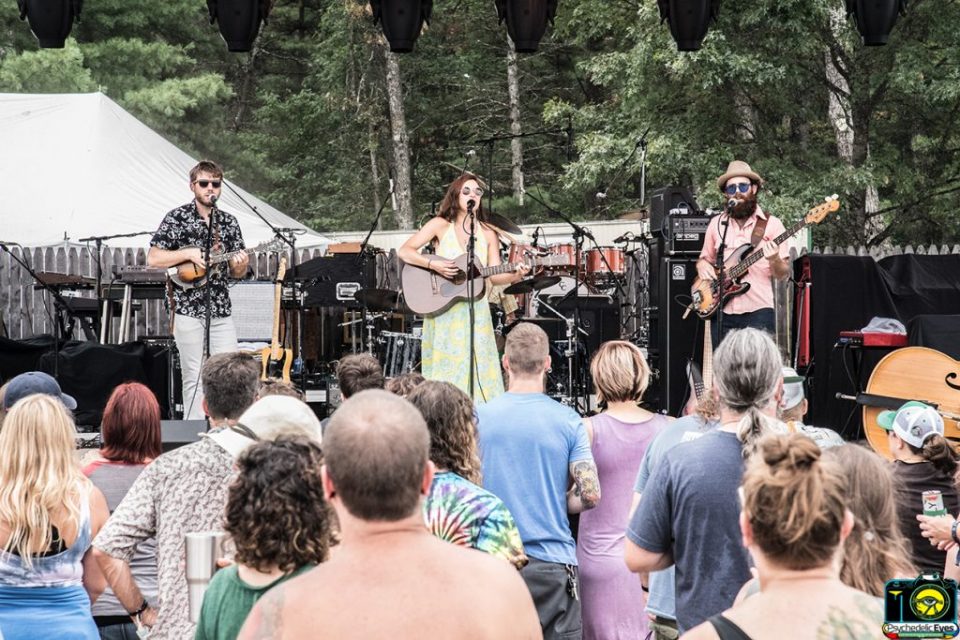 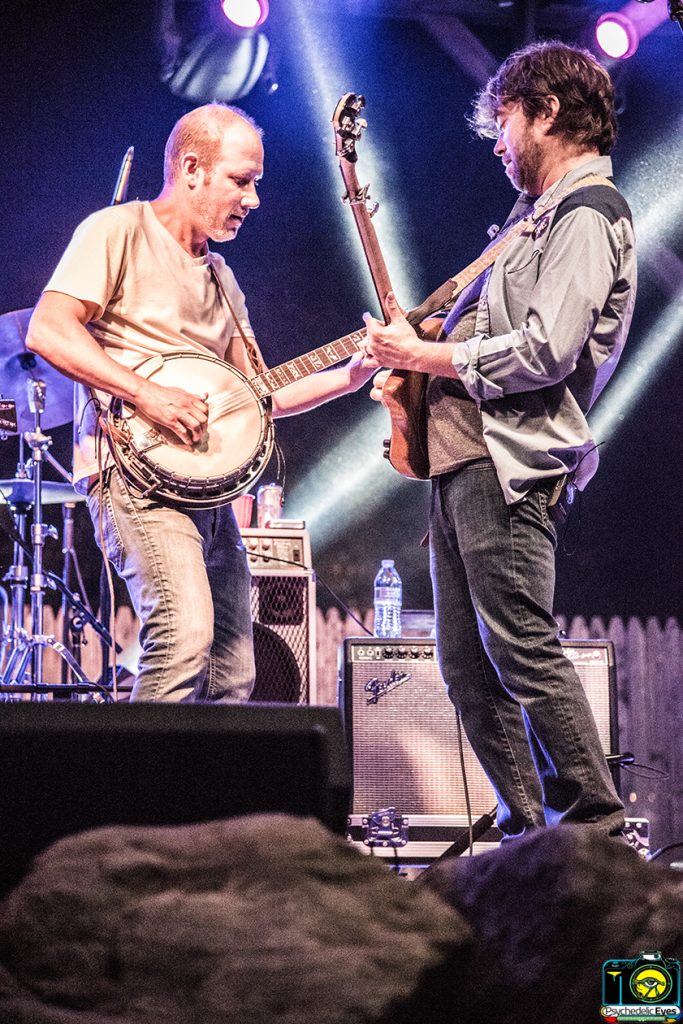 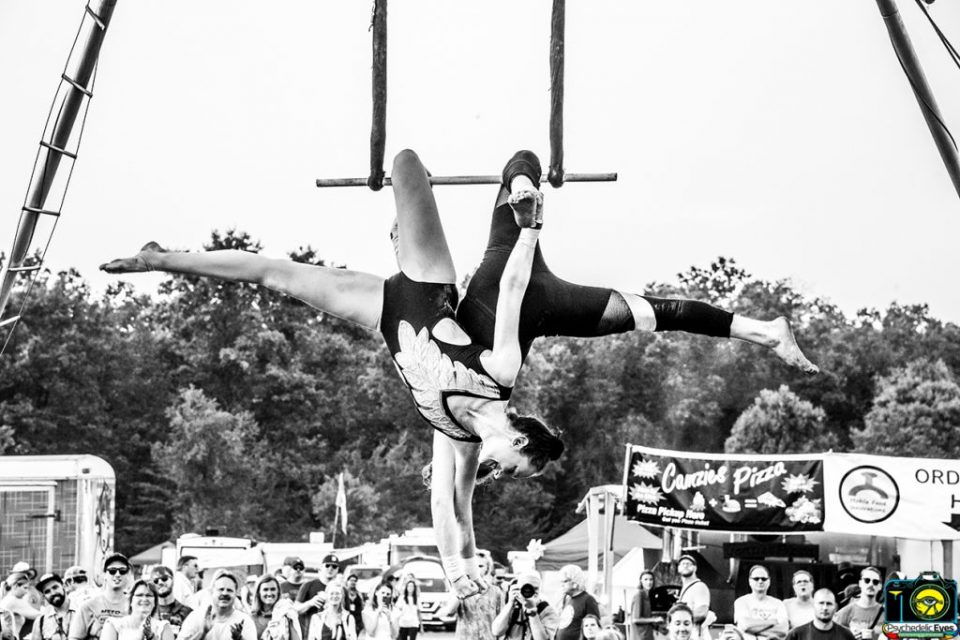 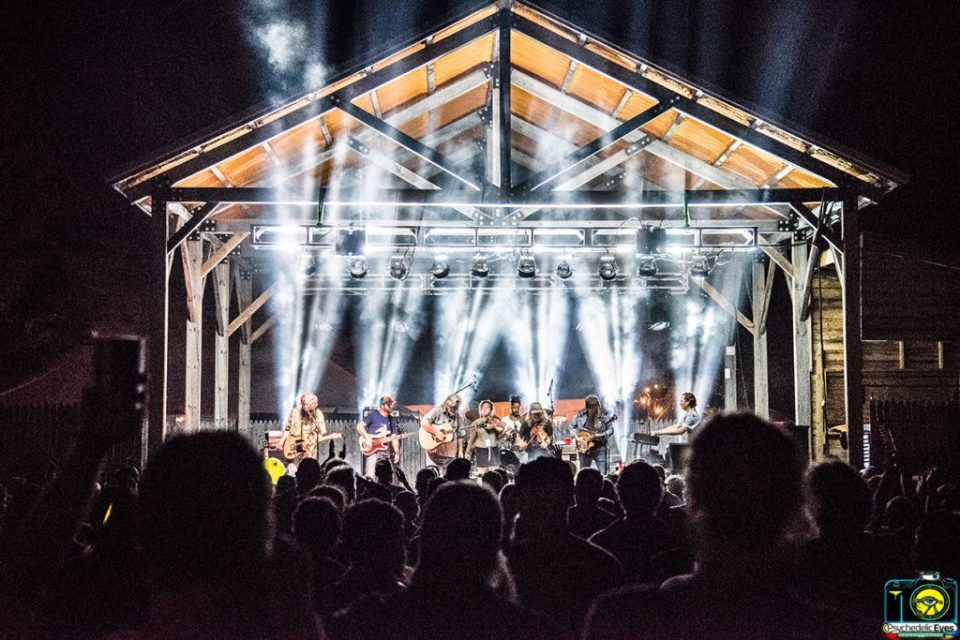 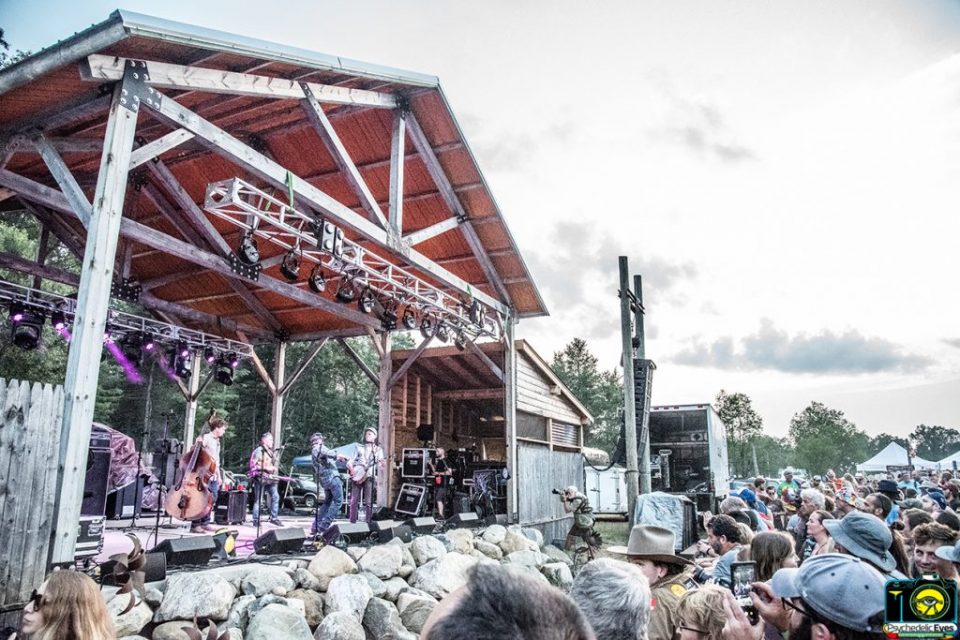 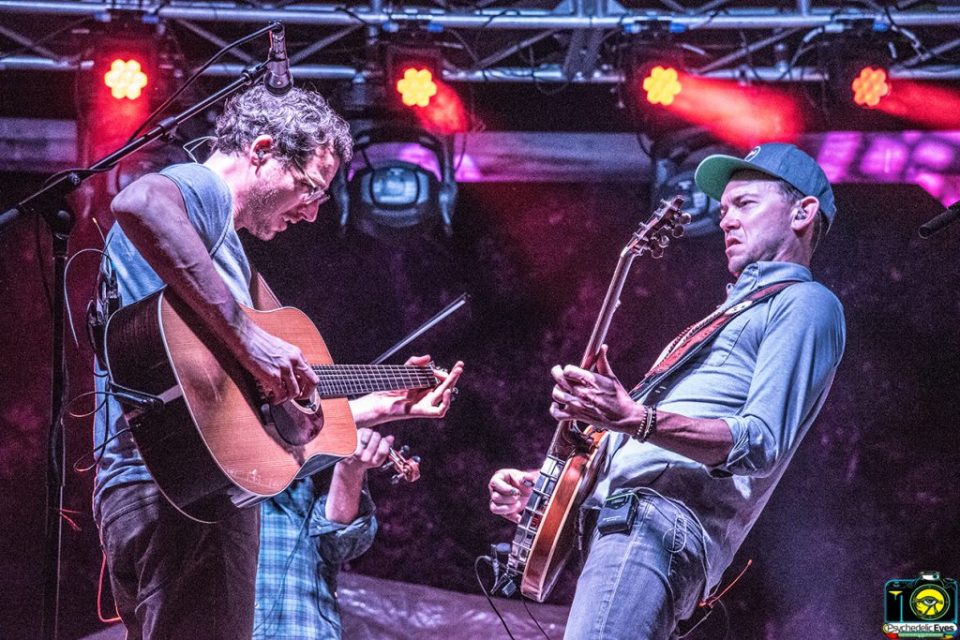 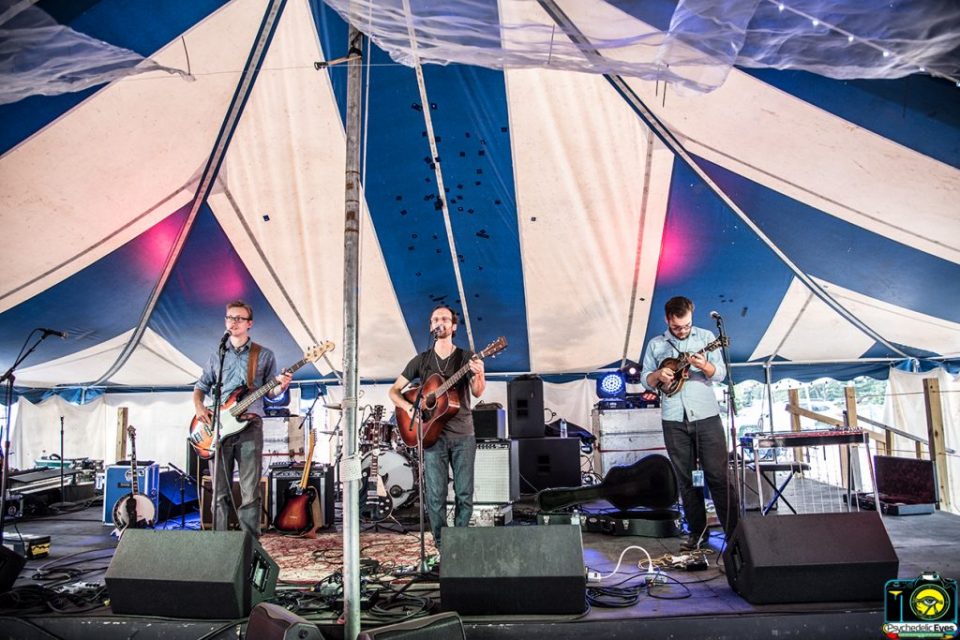 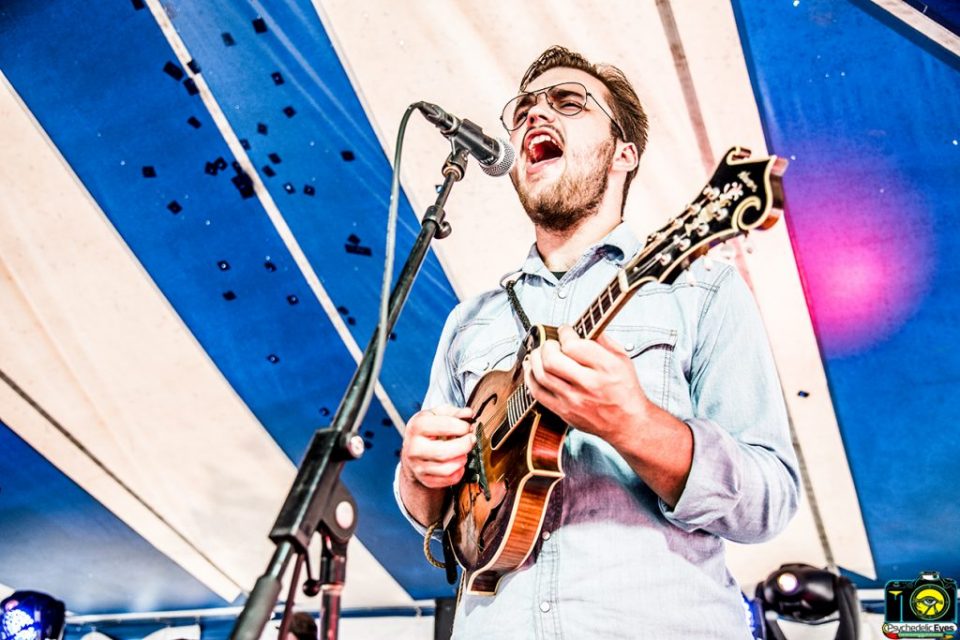 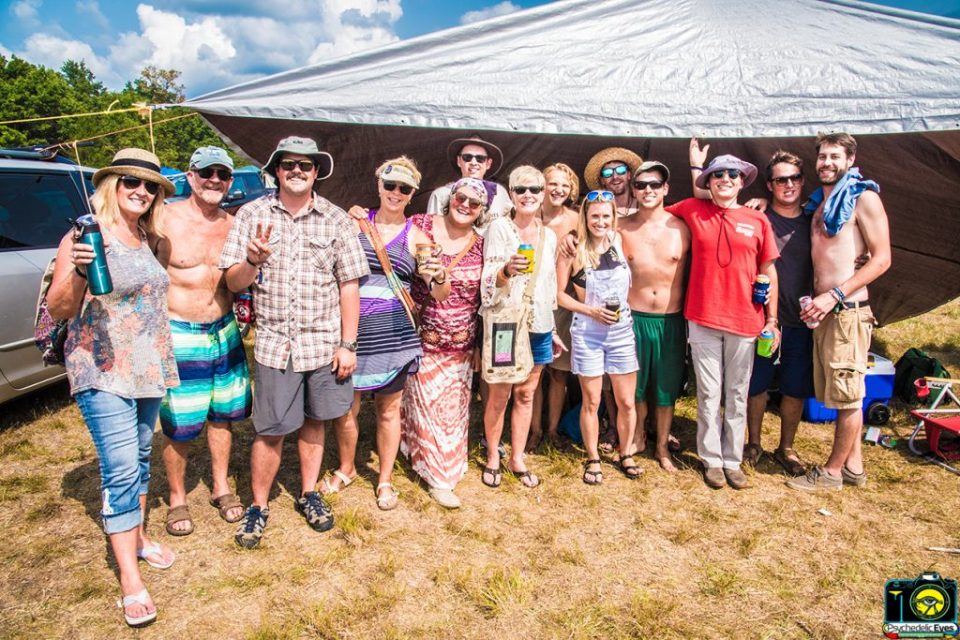 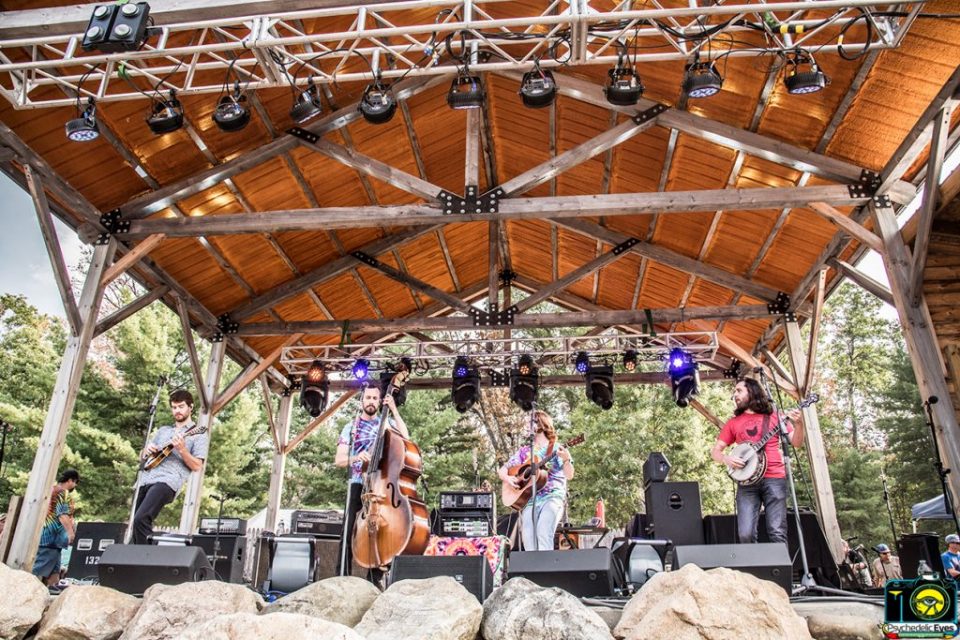 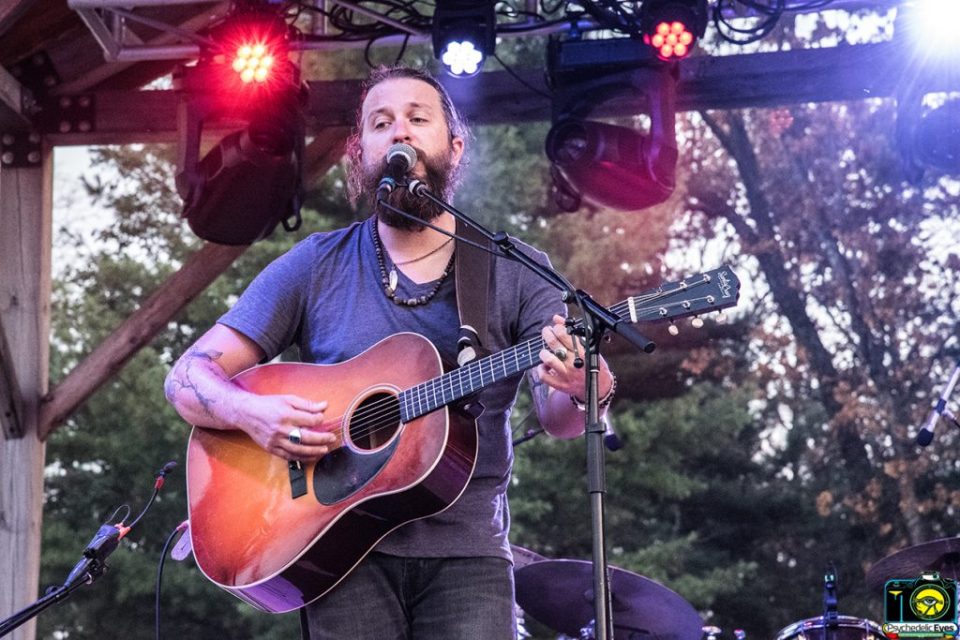 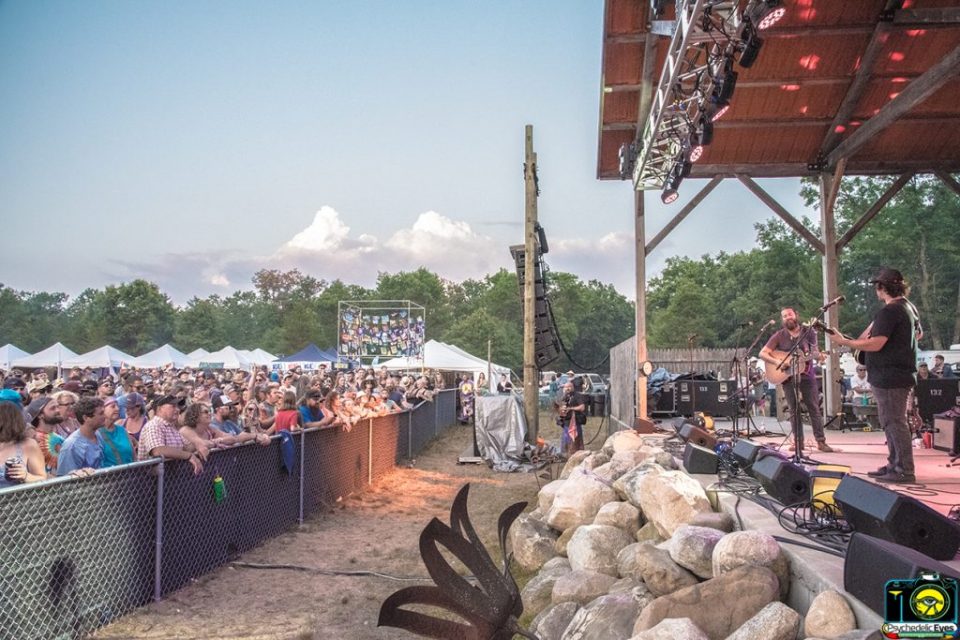 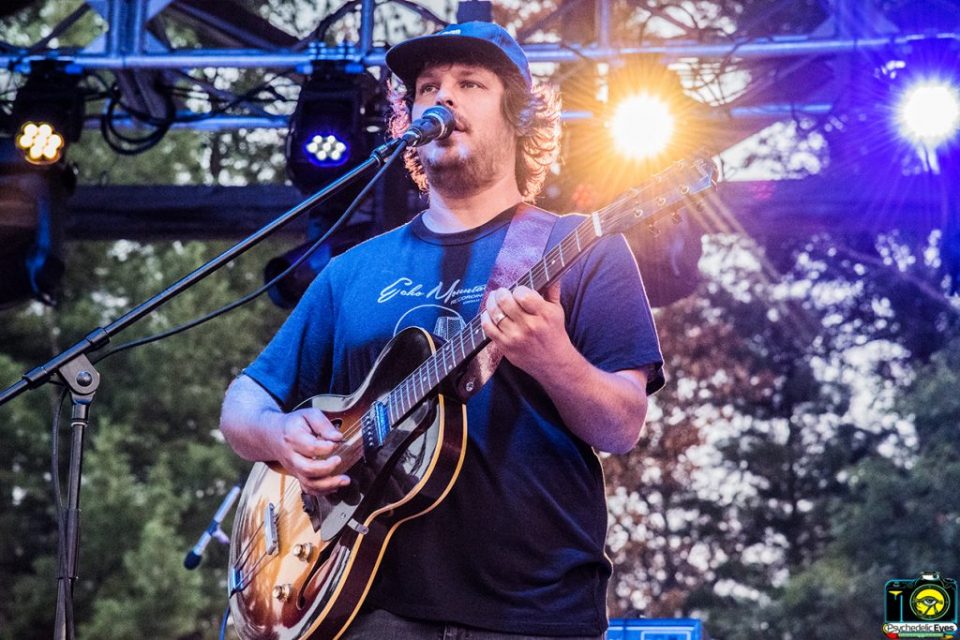 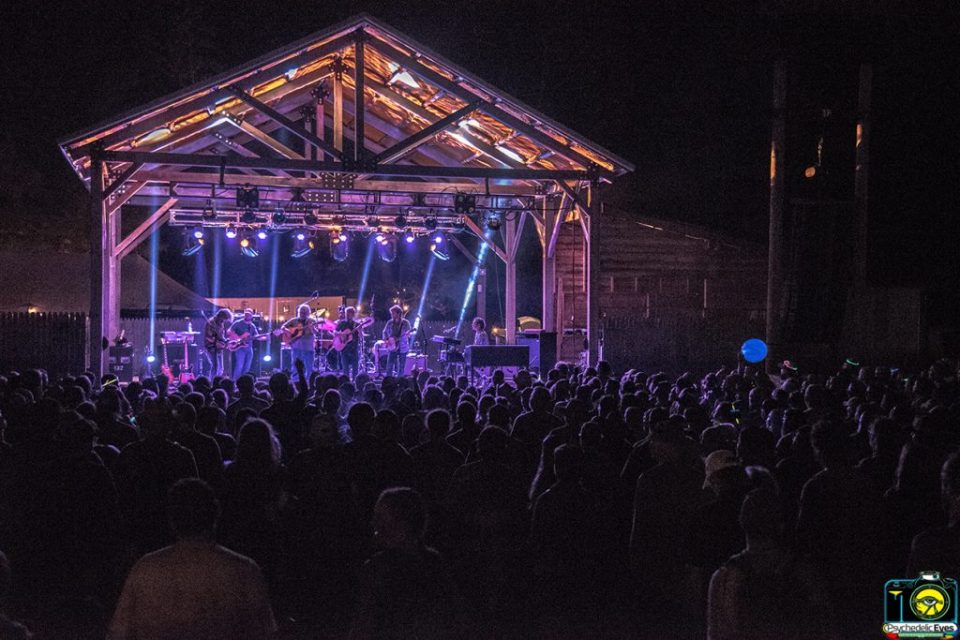 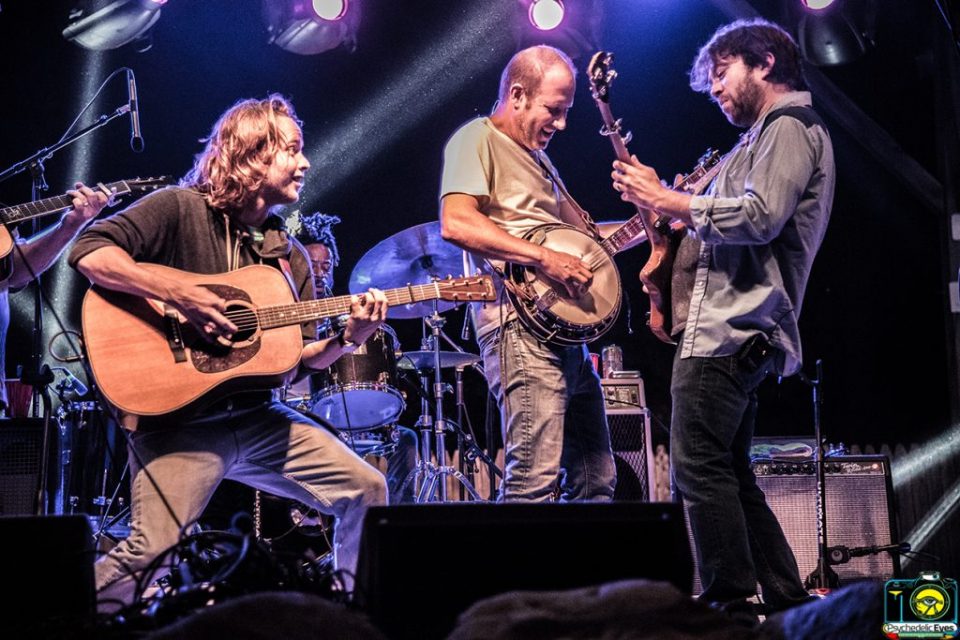 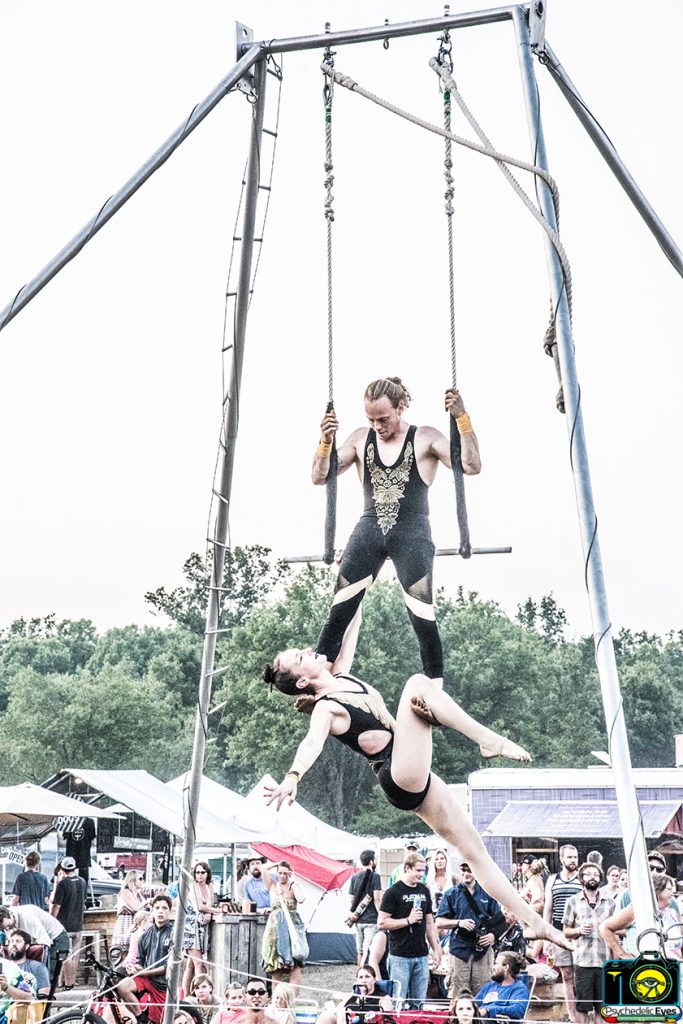 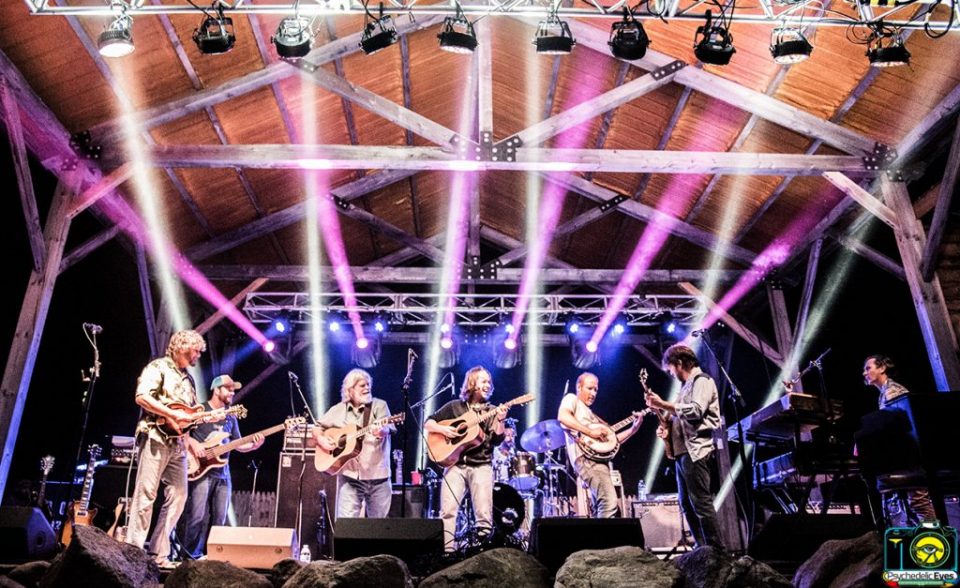 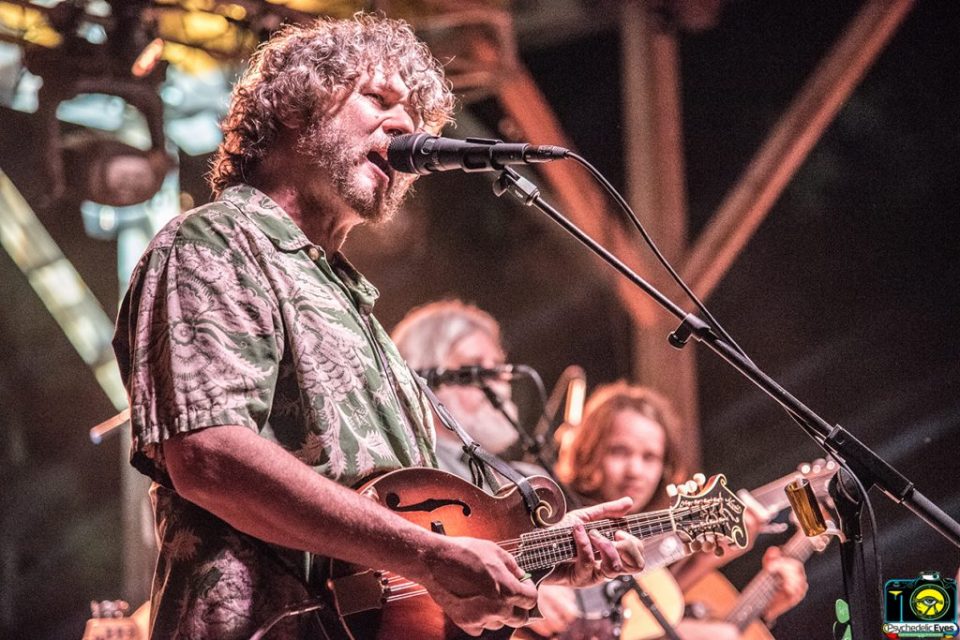