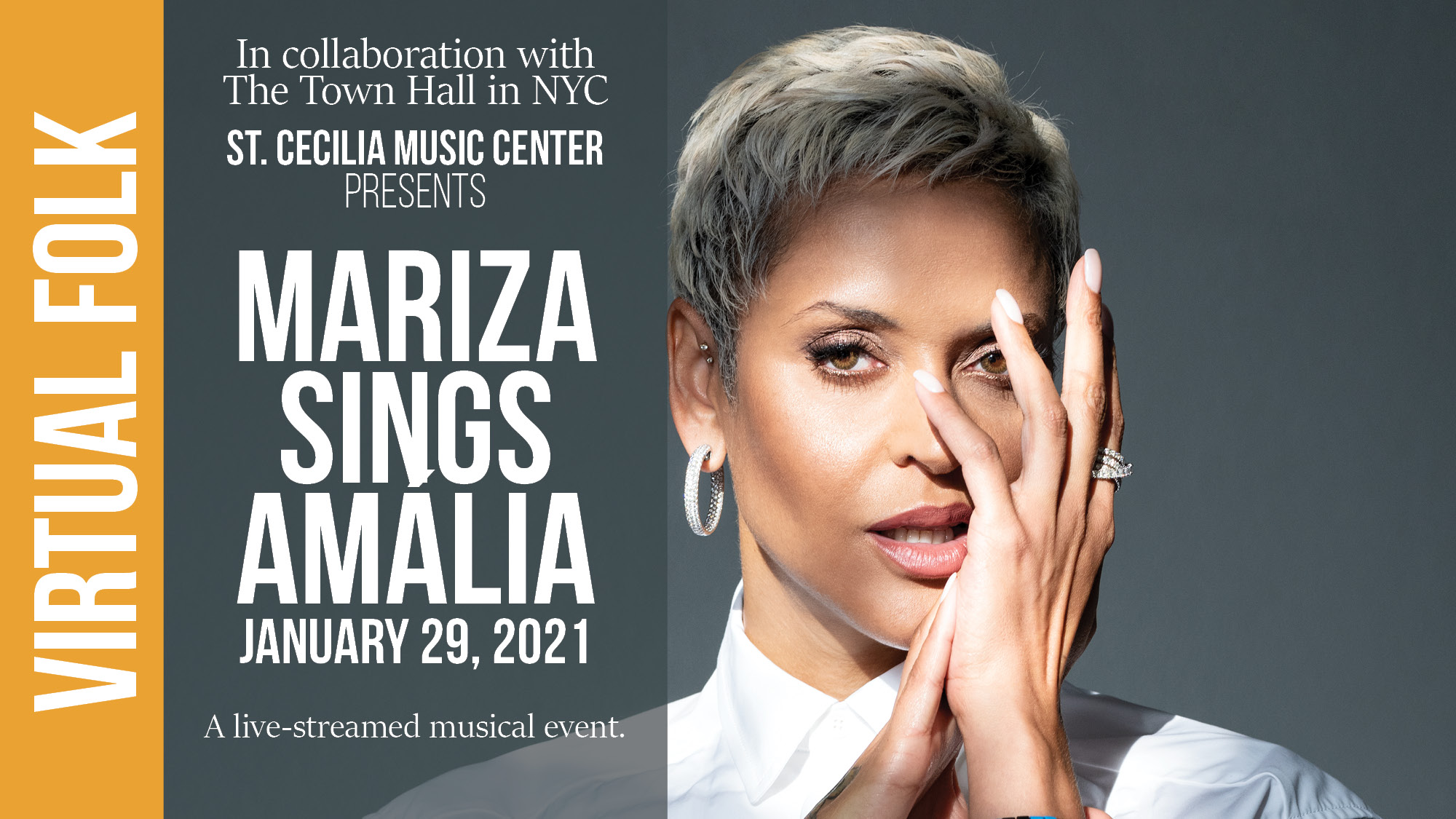 Portuguese singer Mariza celebrates the twentieth anniversary of her career and the centenary of the late Queen of Fado, Amália Rodrigues, with Mariza Sings Amália, her first full album of classics, available in the US on January 29, 2021. Mariza Sings Amália is available to pre-order here, where the two album tracks “Lágrima” and “Foi Deus” also are available. Mariza celebrates the album release with a live-streamed performance of Amália Rodrigues’ music as part of Town Hall’s The Voice, A Voz series on January 29.