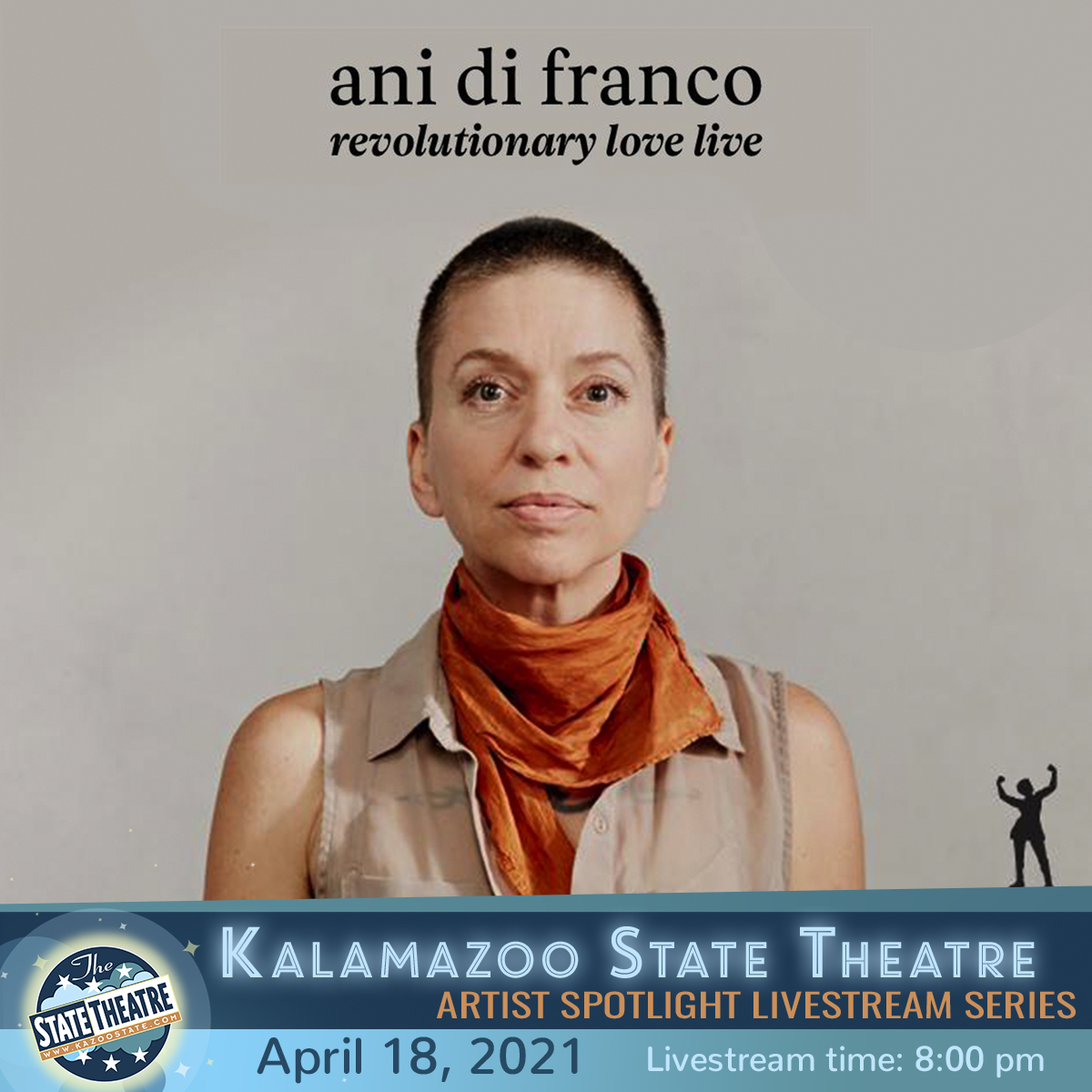 The transcendent new album from Ani Di Franco, Revolutionary Love (out January 29, 2021), marks the latest proof of one of her most powerful gifts as an artist: a rare ability to give voice to our deepest frustrations and tensions, on both a personal and political level. “My songs have always reflected an acute connection between my personal life and the life of my society,” says the trailblazing musician and activist. “As I started to come out of years of dealing with marriage problems, I saw my entire country in the same situation; the complete breakdown of communication and loss of empathy and connection. But after what seems like unforgivable damage, then where do you go? You can’t kick each other off the planet, you can’t change the past, so what then?”

Taking a punk rock approach to all aspects of her alternative folk music — from genre-bending songwriting and expressive performances to self-reliant distribution — Ani DiFranco established herself as an inspirational force in independent music after emerging with her self-titled debut in 1990. A resolute follower of the D.I.Y. ethos, DiFranco self-produces and releases her records through her own independent label, Righteous Babe Records, which she established for her debut at the age of 19. Slowly but steadily building a devout, grassroots following on the strength of a relentless touring schedule, her songs tackled issues like rape, abortion, and sexism with insight and compassion, the music’s empowering attitude and anger tempered by the poignant candor of singer/songwriter confessionalism. Along the way, she made fans of artists from Prince, funk saxophonist Maceo Parker, and comedian Margaret Cho, to political folkies like Pete Seeger and Utah Phillips, all of whom have been among her various collaborators over the decades.