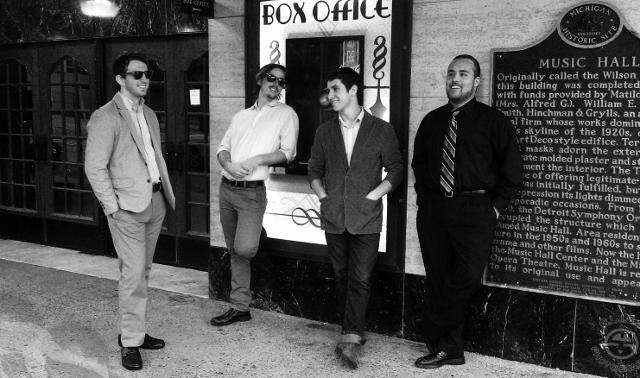 Brad Fritcher + trois is out to redefine the image of jazz.

The group, led by trumpeter Brad Fritcher, features four college-age musicians with roots in a variety of genres — classical to metal — with a mission to modernize jazz for today’s audience.

“It’s 2013, and people think of jazz as stuff that happened 70 years ago,” said Fritcher, a Flint native. “It is still a living art form, an American art form. We’re trying to broaden a term that is still seen as old-fashioned.” 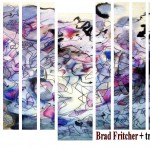 Though the group just formed earlier this year, it already has released an album (“Blue Lake Studio Sessions”), appeared on Blue Lake Public Radio and played Detroit’s Jazz Cafe at Music Hall. Performing both original material and jazz standards, the group undeniably has developed its own flavor.

“We might play a blazing swing tune, a Walter Smith III tune, originals conceived in the vein of Jaga Jazzist or Robert Glasper, or arrangements of hip-hop and grunge tunes in the same set,” said Snedeker, who’s from Grand Rapids and graduated from City High School.

“We’re casually working in tunes of nowadays, making them new jazz standards,” Fritcher added. “We recently worked on an arrangement of Jay Z and Kanye West’s ‘No Church in the Wild.’ ”

Fritcher met his fellow musicians through mutual friends. While studying at Mott in Flint, he had assembled a few groups, but never found the right mix of personalities.

“I had a vision: for a group to grow like a brotherhood,” he said, “and find that balance between traditional musical backgrounds and instruments, as well as being able to move concisely between the notions of what improvisational music has become.”

‘IT JUST CLICKED WITH THESE GUYS’

After moving to Muskegon, Fritcher got in touch with Snedeker. The two discovered that their goals of musicianship and professionalism were in sync. After adding Van Duinen, a graduate of Northview High School, the group began life as a trio, practicing weekly in the office of affiliate GVSU professor Tim Froncek, himself a much-in-demand jazz drummer across the state. 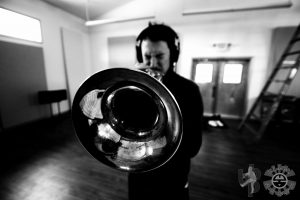 “It just clicked with these guys,” Fritcher said. “We all listened really well to each other and played off each other’s energies. After [improvising] I knew something was going on.” Soon, bassist Ryan Wallace, who graduated from Rockford High School, was added to round out the mix.

“Sometimes there is a weak link in a group that holds others back from playing to their fullest potential, but not so with this group,” Snedeker said. “Everyone knows what they want out of music and everyone works hard to improve, while not getting overconfident after a great gig.”

After Wallace joined the fold, the group hit the ground running — writing and performing, and signing with Bear Yovino of Brother Bear Productions. Even before releasing “Blue Lake Sessions” in June, the group was busy snagging a spot this past May on “Jazz From Blue Lake,” a radio show hosted by Lazaro Vega.

The group currently plays every Monday night at Skeetown Tavern in Muskegon. They performed at the GVSU Farmer’s Market earlier this month and will play Billy’s Lounge on Sept. 14 as part of the Eastown Street Fair.

UPDATING CLASSICS WITH INTEGRITY, ENTERING A SONG IN ARTPRIZE

The band also entered a Snedeker song, “Smooth Silk,” from their new album as an entry in this year’s ArtPrize competition, which once again features a separate song contest hosted by St. Cecilia Music Center. As part of that competition, Brad Fritcher + trois will perform in St. Cecilia’s Royce Auditorium at 2:15 p.m. Sept. 22 during a three-day Musicians’ Showcase. (Read more about the showcase and song contest in this Local Spins story.) 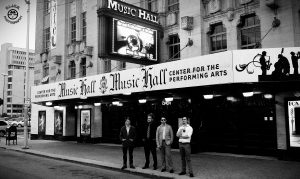 Though the group hopes to update jazz, members are not dissing the classics.

“We’re picking up on the vein of what is happening, but have the original intent,” Fritcher said. “We play with integrity. The old tunes are great, you should know them. We are updating things so that people can relate to them.”

Overall, Brad Fritcher + trois hopes to create an experience for the audience that is truly the band’s music.

“We are just trying to be as honest as possible,” Fritcher. “We’re not trying to show off how technical we are but show an emotional experience that may create an experience for the audience. We want to dig in, push past mistakes and really open ourselves up to the crowd.”

For more information about the band, visit this Brother Bear Productions artist page.