Greg Gilmore’s vision for a downtown concert hall finally comes to fruition this week. Read the Local Spins Q&A with Gilmore and representatives of Live Nation. 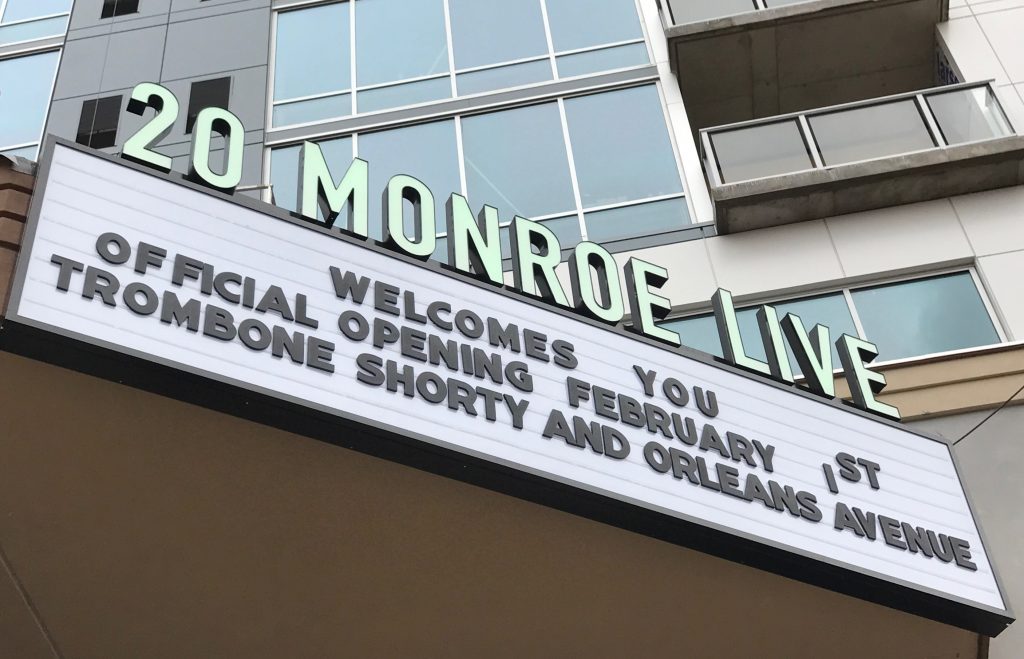 The seeds for 20 Monroe Live were sown two decades ago, so there’s a lot of built-up anticipation for Wednesday’s opening of the 2,600-capacity concert venue next to The B.O.B. in downtown Grand Rapids. 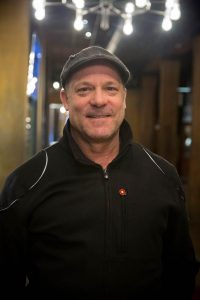 Greg Gilmore, chief executive officer for the Gilmore Collection which owns The B.O.B. and the new concert hall, said he’s been interested in adding such a venue to downtown’s landscape for 20 years, but the project had to overcome various property and legal obstacles to finally see the light of day.

LOCAL SPINS: How long ago did you first start mulling the idea of a larger music venue adjacent to The B.O.B.? How did the relationship with Live Nation begin?

Greg Gilmore: I actually wanted to do it 20 years ago when The B.O.B. was conceptualized, but did not have the ability to do it then. In 2002, I sent a letter to Eric DeLong at the city (of Grand Rapids) requesting to buy part of the parking lot next to The B.O.B. It took years to do that and then I wanted a bigger space so it took longer to buy the remaining parcel. We then went through the economic crash … and the projected was shelved. When a window of opportunity opened up, I went after the vacation of Ferry street which took over three years and a lot of legal work. (Orbit Room owner and promoter) Don Dorshimer, who introduced me to Live Nation, was going to work with me on this project (but) then passed away (in 2013). Live Nation called me a year later to see if I was still interested and here we are. 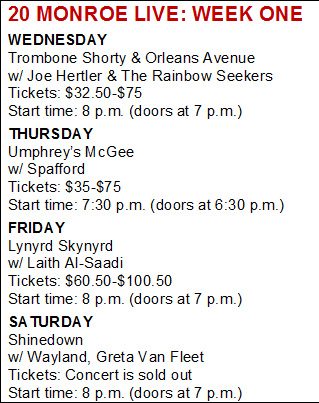 Ben Weeden: In late 2013, Josh Newman, our senior promoter in the area, had mentioned that a gentleman in Grand Rapids that built The B.O.B. had been looking to build a concert venue adjacent to it as part of a new downtown development project. Josh met with him and was immediately interested, so he made the introduction and I flew up to Grand Rapids in early 2014 and the discussions with Greg Gilmore began there. Greg laid out his vision for the venue and took me around the city to show the growth that was happening and some of the other entertainment options in the market. After spending that time and learning more about The Gilmore Collection, it was at that point we knew we had the right partner in a strong market that was lacking a first class 2,500-capacity venue.

LOCAL SPINS: What makes this facility stand out from other concert halls in West Michigan and other House of Blues venues elsewhere in the country?

Greg Gilmore: First of all, it is a flex space that can be utilized for many different functions — a comedy show, concert, corporate event, fashion show, food and wine event. We can offer a lot of flexibility. There are no fixed seats on the main floor unless we bring them in. In addition, the stage and the rigging all move so the room can adjust. We also have a great urban experience with the connection to The B.O.B. the beer garden and the rest of downtown. We don’t need to worry about the weather and we fit in between The Intersection and (Van Andel Arena). 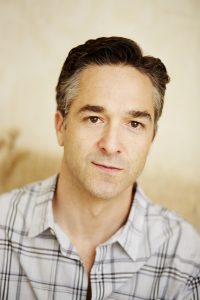 Ben Weeden: From a booking standpoint, the venue’s configuration and production capabilities allow us to book a wide range of shows in varying capacities that are normally limited when you only have a general admission. The seated configuration will lend itself to adult contemporary, singer-songwriter, comedy and children’s programming while the GA setup will cover an extremely wide range of genres. From a fan perspective, we believe that this venue’s entertainment choices will cater to everyone’s tastes while the beer garden, VIP club and locally sourced food and beverage options will make it a fantastic night out for the fans.

LOCAL SPINS: What’s your impression of the mix of entertainment being planned for 20 Monroe Live and what’s been the goal in booking acts for the new venue?

Greg Gilmore: Live Nation has about 10 different genres of music and entertainment in the first month and that is part of the plan: Cover the bases and pick up some of the national talent that has bypassed Grand Rapids because there hasn’t been the 12-month opportunity in the region. … We would not and could not have done it without Live Nation.

Josh Newman: Much like we do with venues like the Fillmore Detroit, we try to book events with diversity in mind – from rock, hip hop, country, EDM, blues and down the line, we strive to offer up the best theater-level entertainment that we can to our customers and the approach will be no different with 20 Monroe Live. For the most part, I think our initial announcement of 20 shows at 20 Monroe Live is a fairly accurate depiction of how the calendar will look in the future, and we’ll be expanding the scope of the calendar whenever the opportunity presents itself. 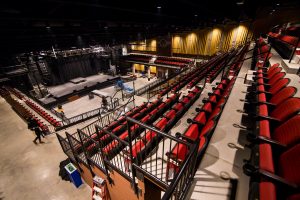 LOCAL SPINS: How many shows does Live Nation envision being booked in the course of a year at 20 Monroe Live?

Ben Weeden: Once we ramp up, we envision promoting over 100 shows annually in addition to dozens of special events and rentals. Once the entire project is completed, we’ll also be adding events that may flow into or be held separately in the beer garden and plaza area.

Josh Newman: Our goal is to bring as much entertainment to Grand Rapids as possible, and of course, concerts will be one of the main drivers of our calendar. But 20 Monroe Live was designed to be much more than a concert hall. From private parties to indoor/outdoor events and everything in between, we’ll have a couple hundred events or more each year in the venue. Live Nation traditionally promotes upwards of 100 concerts per year in West Michigan, and we only see that number growing with the addition of 20 Monroe Live.

LOCAL SPINS: Some people have expressed a concern about parking. Where are you directing concertgoers to park for shows at 20 Monroe Live?

Greg Gilmore: We have over 4,000 parking spots within 100 yards. Parking during the day may be tough, but the evenings have plentiful parking. 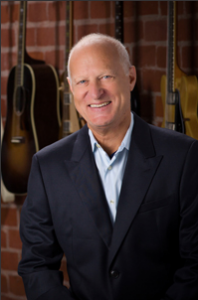 Ron Bension: The majority of our concerts take place in the evening and with over 4,000 parking spots in walking distance to the venue – along with the popularity of companies like Uber – we think fans are going to have the options they need to be able to choose how they will travel to and from the venue.

LOCAL SPINS: Grand Rapids music scene has exploded over the past 10 years. What affect might the opening of 20 Monroe Live have on other venues in Grand Rapids and how does this change the scene in this region?

Josh Newman: We consider 20 Monroe Live to be a long overdue bridge to the gap that West Michigan currently has between traditional clubs and arenas in the region. The venue’s capacity and location lends itself to a lot of opportunities that the market hasn’t seen before, especially for artists that may have outgrown club level plays in the market or artists that aren’t quite ready to jump up to arenas. Utilizing all the areas within the venue and the opportunity to collaborate with The B.O.B., we have the ability to hold upwards of 3,000 people, yet the versatility to set up in many different seated and/or general admission configurations. The venue offers a bit of a “sweet spot” capacity-wise. Taking the right steps and growing naturally in a market is an integral part of developing in an artist’s live performance career, and we consider 20 Monroe Live to be a step that has been missing in the market in the past. I think that you can see from our initial announcement of shows that many of the acts that we’re bringing in haven’t been to this market in the recent past, and we think by offering them this additional opportunity to grow will attract more artists to Grand Rapids in the end – which is ultimately great for the fans. 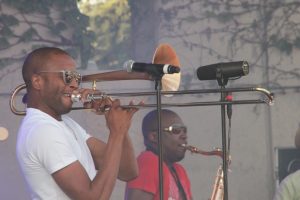 Greg Gilmore: The explosion (of the music scene) has been great to watch and experience and it should only get better. Grand Rapids is being referred to as a little Nashville or Austin and I think the craft of music is well on the way to being as touted as craft beer in the region.

LOCAL SPINS: What amenities are you most excited about in the new venue?

Ron Bension: We’ve spent a lot time thinking about the amenities that fans really care about. The sightlines at this location are incredible, from multiple levels and throughout the stadium seating. With a movable stage that allows the venue’s capacity to be flexible, we’re able to create that intimate experience that fan’s love for audience sizes ranging from 1,000 to over 2,500. Add in being adjacent to The B.O.B. – and the new four-season beer garden opening up later this year – and it really allows for a full evening out to come early and stay late without having to jump around the city to extend your concert experience.

LOCAL SPINS: What’s the long-term vision for 20 Monroe Live, The B.O.B. and other facets of the current construction project?

Greg Gilmore: The beer garden is the next phase and as that is completed we would like this block to serve as a catalyst to bring the community together for great music and entertainment, food, beverage, pleasures of the table and great urban experiences. 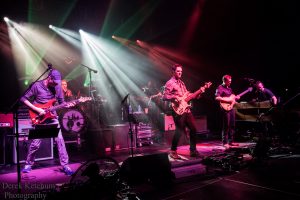 LOCAL SPINS: What comments have you heard from people about 20 Monroe Live and what do you expect the reaction will be after it opens?

Greg Gilmore: They love the lineup, they love the fact that they don’t have to travel to Detroit, Chicago, or even Kalamazoo to hear some of their favorite bands. In addition, I know a ton of musicians are excited about more opportunities on a main stage with state-of-the-art audio and visuals and having Live Nation in town.

Josh Newman: I think people are going to love the location and the high level of talent that the venue will attract, which will only make an already-great downtown Grand Rapids experience even better. 20 Monroe Live will make Grand Rapids even more of an attraction and destination for people from around the state and across the Midwest. And with the venue layout, great hospitality and our commitment to world-class production and sound, we can’t wait for the community to experience it. I think they are really going to like what they see, taste and hear.